Still taking the world by storm 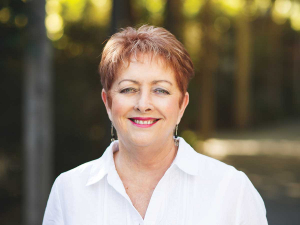 The growth of New Zealand’s wine industry is “staggering”, says one of the country’s first exporters of Marlborough Sauvignon Blanc.

“It’s just amazing and basically based on one variety,” says Jane Hunter, who recalls being warned in the 1980s that Marlborough’s Sauvignon success would wane. “Even in the past 10 years, you’d sometimes think ‘that must be the end of it’. But it just keeps going.”

In 1986 Jane’s late husband Ernie Hunter caught the world’s attention with a Marlborough Sauvignon, winning the top award at the Sunday Times Wine Festival in London. Hunter’s won again in 1987, the year Ernie died in a car accident, and in 1988, with Jane then at the helm.

In 2020, 34 years after those somewhat startling Sauvignon successes, Covid-19 seems to have given the variety another lease of life, says Jane. “It’s really come into its own,” she says, speaking of people “romping” through Marlborough Sauvignon in London and New York.

That’s a far cry from her expectations when New Zealand went into lockdown, and Hunter’s reviewed the outlook for its wines in foreign markets, where they’re seldom found in supermarkets. The places they sold to, via small private wine stores and niche markets, “emptied out” in lockdowns, and Hunter’s budgets looked “pretty dismal,” Jane says.

“But thankfully it didn’t go that way.” Instead, markets have swung the other direction, and Hunter’s has worked to help their distributors adapt. That’s worked a treat, and Hunter’s is now down to the bare bones of its 2020 Sauvignon stocks, and urging clients to “eke it out” until the next vintage, says Jane. And that’s they way of it for many in Marlborough, she adds. “You can’t find a drop of (Sauvignon Blanc) in the valley.”