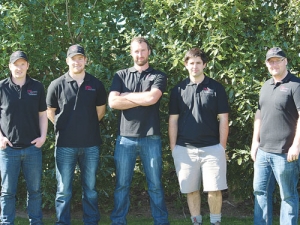 That is why they are keen to celebrate the youth of today, who will play a major role in the great wine of the future.

For the past 10 years, New Zealand viticulturists under the age of 30 have been pitting themselves against their peers in an effort to take out the national title and represent the wine industry at the National Horticulturist of the year competition.

Just who will be the representative of the wine industry in 2015 and will they be able to stake a claim on the horticultural title as well?

That has yet to be decided, at the Bayer National competition in Hawke’s Bay later in August.

At the time of printing, not all the regional competitors had been decided so we can’t preview those taking part in the national competition. We can tell you though, that they will be put through their paces, well and truly. Not only will they take part in practical viticultural events, they will also have to impress a panel of judges, will have to show their knowledge of pests and diseases, their financial skills, show their competence in an array of vineyard theoretical events, compete in a fun “horti-sports” sector and deliver a three minute speech to the audience attending the Romeo Bragato dinner.

The winner will not only proudly sport the title of Bayer National Young Viticulturist of the Year, they will also win $2000 in prize money, a $5000 travel grant to travel to any wine region in the world (provided by the New Zealand Society for Viticulture and Oenology), wine glasses, and a year-long lease of a fully serviced Hyundai Fe SUV.

For the first time ever a Young Winemaker competition is being held in New Zealand. Again we can’t tell you who all the representatives are for this upcoming competition, as some of regions had yet to finalise their representatives at the time of printing.

However three competitors representing Marlborough, Hawke’s Bay and Central Otago will be fighting it out, also at the Romeo Bragato conference.

National organizer Sophie Matthews says the competition has been a long time coming.

“We are really excited about this and everyone in the industry agrees that there is a need for something like this competition to recognize young professionals wanting to make a go of their careers.”

With a focus on marketing, theory and practical areas the competition is not about wine the contestants have made in previous vintages, Matthews says.

“Basically it will be a real mix, covering what a winemaker is expected to do in their everyday work life.”