The why, what and how of au naturel 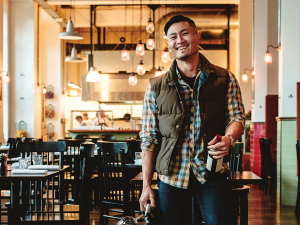 "The most excellent wine is one which has given pleasure by its own natural qualities, nothing must be mixed with it which might obscure its natural taste,” proposed Roman agricultural writer, Columella.

His argument was made at a time when aromatic spices and even marble dust were being added to wines. Several millennia later, following the industrialisation of wine, just what constitutes naturalness is again a source of debate.

Here in New Zealand, as the natural wine movement gains momentum, questions are being raised over what natural wine is, and how much the industry should care about its demarcation. It’s a situation that’s complicated by the lack of a standard definition for what has coalesced under the name natural wine – a term that in itself some are uncomfortable with, given its derivation from an imperfect translation of “nature” that in the French relates to something to which nothing has been added. However, many agree with the description provided by Isabelle Legeron, Master of Wine (MW), in her book, Natural Wine, that such minimal intervention wines are “wine from vineyards that are farmed organically, at the very least, and produced without adding or removing anything during vinification (wine making), apart from a dash of sulfites at most at bottling”.

Sulphur is a contentious issue concerning what can be added for a wine to be considered natural. “Over the years, there’s been a rising consensus that sulphur, at higher levels, does affect the expressiveness of wine,” observes Stephen Wong MW, an on-premise trailblazer of the category in New Zealand. “There’s also been a shift away from completely sulphur-free wines even amongst the pioneers of the natural wine scene – at least for their exported wines. From a cross-section of opinions I’ve canvassed over the years, most believe that total sulphur levels of 25-30ppm don’t affect sensory qualities in any significant way.”

When it comes to natural wine for export, Stephen shares the views of a number of local winemakers that minimal sulphur additions to protect it on a journey across the world is permissible if declared. “It’s far better for a wine to be drinkable with a small sulphur addition - and if needs be, not bear the moniker natural wine – than to knowingly ship and sell a wine you know is damaged,” he maintains.

Amy Farnsworth of Amoise doesn’t believe any additions should be made during the winemaking process, and that includes sulphur. “As we use the natural materials of the grapes to stabilise the wines, we don’t actually need to rely on sulphur as an antioxidant,” she says. However, while she never adds sulphur to her own wines, as “a firm believer of responsible natural winemaking”, Amy agrees that small additions to preserve a batch of wine that would be otherwise unsellable, if disclosed is permissible. “Transparency is key.”

For Yoshiaki Sato of Sato Wines, a little sulphur at bottling is necessary, given his philosophy of long aging. “However, I do not believe we need more than 20ppm of SO2 for protection,” he observes. “We normally add only 5-15ppm in total at bottling, hich doesn’t change the taste, but can give some freshness back into the wines and protect against further oxidation in the bottling process.”

What natural wines are not, or indeed should not be, is another conversation, sometimes clouded by lack of education and experience here in New Zealand. Despite what some communication might suggest, they are not a style, but an approach to making wine that begins in the vineyard and informs winemaking choices, such as use of oak.

“New oak is generally viewed as an artifice; effectively it’s a winemaker’s cheat to help a wine taste nicer; it obscures the actual flavour of the wine, and as such I think it’s viewed as something of an additive in that respect,” says Halcyon Days’ Oliver Styles, adding that oak is much used by natural winemakers for maturation, “but we’re not looking for oak flavour”.

Faults, which are encouragingly a rare occurrence in New Zealand examples, are not an inherent quality of natural wines, and are indeed less tolerated by mature markets. “The increasing rejection of faulty natural wine has been a trend happening elsewhere and we are due for that to happen here too,” observes Stephen. “The heady days of accepting all and sundry natural wine regardless of whether it tastes good or not are at an end. For the amount of money these wines are commanding, they need to do right by their customers and actually be good wine too, not just natural wine.”

Yoshiaki agrees. “In other countries where natural wines have an established presence in the market, consumers have already got tired of ‘funky tastes’: too much oxidation, volatile acidity, mousy tastes or other off flavours derived from imprecise treatment of grapes or wines in the winemaking process,” he says. “People may feel some excitement with these wines at the beginning. However, consumers are smart, and have the ability to recognise things that are wrong.”

Now that New Zealand is building a market for its natural wines, some note hazy definitions and lack of regulation creates the potential for confusion and exploitation, to the detriment of the category’s image. “The biggest thing that holds natural wine back is anyone can say their wine is natural and produce these from fruit produced conventionally,” observes Churton’s Jack Weaver. “It’s common for people to take any fruit they can get their hands on, make faulty wine that loses all ‘natural’ integrity, whack it in a bottle with a cool label and call it natural.”

In France, where natural wine is far more established, a groundswell of those seeking to define and protect natural wine resulted in Vin Méthode Nature becoming an official denomination last year. Its wines must meet a criteria that includes being made from organic grapes using indigenous yeasts, and outlaws winemaking techniques such as filtration. Sulphur can be added after fermentation up to 30 mg/l, or not at all, with each approach labelled accordingly.

This kind of charter is something that Jack and a number of other local producers would welcome, “especially since ingredients are not required to be listed on wine labels”, thinks Black Estate’s Nicolas Brown. “It also helps consumers gain clarity about how a wine is made. Many people are drinking natural wines for health or moral reasons, so it’s important they can trust the producer.”

Opinions, however, are divided. Jules van Costello, of Cult Wines - who sells natural wines and makes them under the Known Unknown label - is not convinced. “Just because a wine has a certification, it won’t stop someone selling something as ‘natural’ when they don’t know better,” he says. “But there are less scrupulous, and less well educated people selling, and making the wines, and we need a better way to address this. I think transparency is key.”

“I don’t know that the modern, second wave natural wine drinker truly cares that much about how their wine is actually made, as much as they are interested in drinking ‘on brand’,” says Stephen. “Where a formal charter would help, is to highlight the charlatans who are making claims which are not supported by practice. But a charter is only as strong as its enforcement, and…in practice it might not amount to anything different than what we currently have.

New Zealand Winegrowers Chief Executive Philip Gregan says it is an area with the potential to be market-driven in future. “If an operator in this space thought it was worthwhile, they could always define a certification mark and explore which producers would want to pay to use it.”

That time appears some way off. Meanwhile, the natural conversation will continue, hopefully maturing into productive exchanges that add to understandings of this new point on New Zealand’s sustainable continuum.