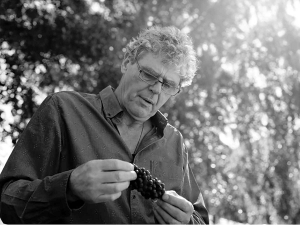 But 10 months on, the “exact opposite” has been true, with Central Otago bustling with visitors and vitality, and Valli’s sales burgeoning there and beyond, he says. “At the moment I believe the whole industry is doing very, very well.”

Valli sells more wine through Kinross – a cellar door for five Central Otago wine labels – than it does through the whole of the North Island, and since lockdown those sales are up 35 percent on the same period last year, as domestic tourists flock to the region and locals invest at home rather than abroad, says Grant.

Meanwhile their international direct to consumer sales are up 44 percent and total website sales are up a whopping 92 percent. He notes that some months have done better or worse than others (“April was dead but it was our biggest September ever”) but the “large picture” is resoundingly positive. “It’s almost not leaving us with enough wine to export.”

He believes the unexpected Covid-boost is a “pretty common story” for Central Otago producers with strong direct to consumer channels. “We all got smart sending out newsletters.” Central Otago has also had a taste of the “peaceful shoulder season” they enjoyed years ago, and Grant expects the region to be “inundated” with visitors from the likes of Auckland, Christchurch, Dunedin and Invercargill this summer.

Meanwhile, Valli has received calls from markets they’ve seldom or never heard from in the past, including Canada, Taiwan and China, which he puts down to brand New Zealand, and the boost it has received thanks to the Covid response. “Covid all around the world made people take stock of where they are at and even who they buy from.”

Grant says kudos must go to New Zealand Winegrowers, for working with the Government to ensure that harvest could go ahead, deemed an essential service. “Without overseas tourism, the export dollars to be earned from the 2020 vintage will be more important than ever to the country.”

Peregrine Wines Chief Executive Fraser McLachlan had some pretty “dire” predictions when New Zealand went into lockdown, with the wine brand highly dependent on on-premise channels. However, Peregrine’s exports have rebounded to 80 percent of pre-Covid levels and are steadily increasing, while “fantastic demand” on the domestic market has picked up any slack.

“We have pivoted a wee bit and focussed on where we have interest,” he says. That includes cellar door and direct to consumer sales, as well as a booming hospitality trade in New Zealand, with a “surge” in new placements for Peregrine, as well as existing customers. “The New Zealand market has been really strong,” Fraser says.

Meanwhile, there are valuable learnings through this period that will be part of business as usual when borders open. One of them is giving fewer people a better experience at the cellar door, with “better conversion to sales”, says Fraser. In fact, one of the things that preoccupies him now is how he’ll keep visitor numbers low enough to maintain that position when borders open, a problem he’d never have considered when they closed.

He says one of the most “enjoyable” experiences of the past 10 months has been taking a hard look at the company’s processes and structure, in preparation for lean times that never arrived. “Some of these will be very positive changes.”