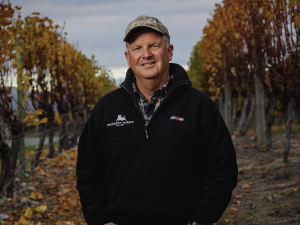 Viticulturist Dominic Pecchenino was presented Wine Marlborough's 2021 Lifetime Achievement Award in late May, recognising three decades of dedication to the industry and its research.

The award presentation was postponed after the cancellation of the 2021 Marlborough Wine Show Celebration lunch, due to Covid-19 restrictions - and instead made at a pruning field day at Matador Estate, on the vineyard that brought Dominic to New Zealand in 1994.

Wine Marlborough General Manager Marcus Pickens says Dominic has played a significant role in the development of Marlborough's wine industry as a scientist and viticulturist. "With a master's degree in plant science and viticulture, he brought to this part of the world fresh eyes and international experience."

In a story in Winepress Magazine, Dominic said the award was a "great honour" that came out of the blue. "I am very humbled and very pleased to have been recognised. You work a long time in an industry and to be recognised for doing something that makes a difference is probably the best honour you can get."

Dominic was a member of Wine Marlborough's board for 12 years, including three years as chair, while also being a member of the New Zealand Winegrowers board for 16 years, and chair of the research committee. He was an instigator of the annual New Zealand Winegrowers (NZW) Grape Days, "as he strongly believed that research being undertaken around the country needed to be shared with growers throughout the country", says Marcus.

Meet your board - Dominic Pecchenino

This issue we talk to Dominic Pecchenino from Marlborough. Pecchenino is a grower and chairman of the research committee. 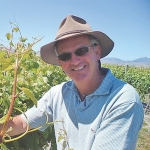 When Philip Gregan and myself sat down to discuss who or what should be the recipient of this year’s New Zealand Winegrower Personality of the Year, he was quick to point out the back story behind vintage 2014 – mechanical thinning.