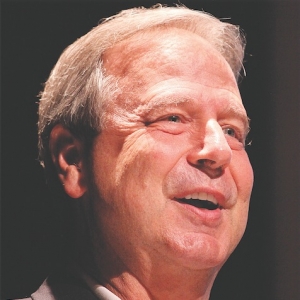 What is a Vinotype? Joelle Thomson asks the founder of this system of categorizing the human palate, Master of Wine Tim Hanni.

“The call to action for the wine industry is that it needs to educate people more but my contention is that we just need to understand the market more,” said Master of Wine Tim Hanni on his visit to New Zealand in September this year.

The self-described recovering alcoholic is a former chef who gained his MW qualification in 1990, but has not consumed alcohol for the past 21 years. He writes about and teaches tasting techniques, making his living from wine. But he says that he doesn’t miss consuming it one iota.

“I’ve been there and had the legendary wines. I am genetically predisposed to not know when to stop so when I married the woman of my dreams, I was determined that relationship was not going to end up like all my other relationships. I’m still married to her, and it’s no accident that I’ve been married 21 years and haven’t had a drink in all that time. I don’t miss it.”

Hanni visited New Zealand in September this year to host his self-devised “Vinotype” seminars at the New Zealand School of Food & Wine at the Viaduct in downtown Auckland.

School founder Celia Hay who earlier this year launched a new textbook about New Zealand wine for her school, incorporated Hanni’s “Vinotype” survey into the back of it to give her students a sense of discovery about their own palates. She found his Vinotype questionnaire so fascinating that she subsequently invited him to New Zealand to present at her first wine and food week at the school.

Hanni explained that he believes people fall into four flavour profiles, which reveal the types of wines they are most likely to enjoy.
He has broken down these types into what he describes as “Vinotypes” and has devised an assessment called “What’s Your Vinotype?” as a tool to encourage wine lovers to step outside of their comfort zones and experiment with new wines.
One of his main contentions is that wine should be matched to the wine drinker; not to the dinner food.

“Over time if we can help people understand their own personal tastes, it’s a lot healthier than us telling them what they should like.”

Hanni also introduced the concept of the fifth flavour; umami.

While this concept may sound less straightforward than the classic four – sweet, sour, salt and bitter – it is relatively easy to understand, he says.

“Lemon juice on top of things that are traditionally regarded as savoury, such as tomato, can really change the entire flavour profile of a dish. That’s the umami flavour,” he explains.

Hanni says he sat and failed his Master of Wine examination in 1989.

“I failed it heroically, but I thought I had enough of the technical knowledge and expertise to pass it so I signed up for a writing seminar and then passed.”

He says he has always felt that the wine industry has had many collective delusions, which he wants to debunk in both his seminars and in his book, Why You Like the Wines You Like, which contains the Vinotype test.

“We’ve got to get rid of this fallacy that sweet wines are only for beginners. They are for whoever likes them. It is the hyper sensitive types who most like unoaked Chardonnay and like Rieslings. They tend to talk dry, drink sweet. On the other hand, sensitive types can’t make up their minds and tolerant types are the most likely to drink red.”

He also believes that wine and food matching has gotten out of hand.

“The old school idea that little food goes with little wine and big food with big wine is not accurate,” he says.

“People who add salt without tasting their food tend to use it to suppress bitterness. There are correlations between our behavior and the type that we are: sweet, hypersensitive, sensitive and tolerant.”

The take home message that Hanni wants to give the wine industry is this: “We need to re-educate ourselves. That’s my mission and my message to the wine industry: provide wine lovers with the wines they love.” 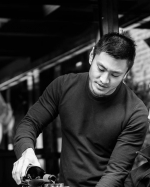 From law to Master of Wine

If he had known how long it would take to gain the wine world's highest qualification, Stephen Wong may never have embarked on the nine-year journey.

Rebecca Gibb may not be very big in stature – but her place in the world of wine is immense, having just achieved her Master of Wine accreditation.

Julia Harding passed the Master of Wine exams at the first attempt in 2004, the top student of her year.

A dozen Gimblett Gravels reds from the 2013 vintage have been selected by Master of Wine Andrew Caillard and are slightly weighted in favour of Merlot or Cabernet-dominant reds over Syrah.

If there was ever a year to be a wine judge, 2015 is it, says one of New Zealand’s most respected wine industry leaders.