Wine industry welcomes prospect of free trade with the EU 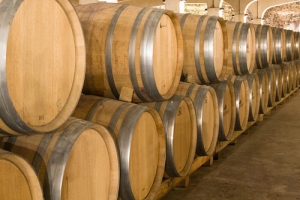 New Zealand Winegrowers welcome the announcement of a proposed Free Trade Agreement between New Zealand and the EU.

"An FTA with the EU would be a great outcome for New Zealand's wine industry. The EU, as a whole, represents our single largest market, with exports totalling over $460 million and representing in excess of 30% of total wine exports.

"Secure and competitive access to markets like the EU is fundamental towards achieving industry growth ambitions," says Gregan.

"We would like to congratulate the government on taking a significant first step towards progressing Free Trade negotiations."

New Zealand Winegrowers says this announcement comes at a very opportune time for New Zealand's wine industry, with a number of major wine events planned for the EU during January, and the world's largest wine fair, ProWein, taking place in Düsseldorf, Germany in March.

New Zealand wine exports are currently valued at $1.47 billion, and the industry has a goal of achieving $2 billion by 2020.

Currently headlines are referencing the re-emergence of inflation, the bogey that plagued the New Zealand and global economies in the 1970s and 1980s.