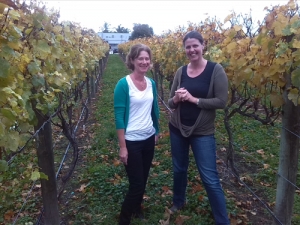 Grandorge takes over from Emma Taylor, a previous winner of the title, who has achieved tremendous growth and recognition for the competition over the last few years.

Grandorge brings with her a wealth of experience from many years in the wine industry and plans to grow the competition even further. She is a WSET Certified Educator and says she is delighted to be involved in such a positive event, which helps encourage and develop young professionals within the industry.

"Not only does it further their own careers through extended learning and networking, but strengthens the skills and relationships within the viticultural sector as a whole, offering an even stronger and exciting future for New Zealand winegrowing," she says.

"It is a fantastic event to be a part of, with a very passionate team of organisers around the country."

Regional Finals are held throughout July. Regional winners then compete for the national title during the New Zealand Winegrowers Romeo Bragato National Conference in August.

"The final is tough. It tests a wide range of skills and knowledge, both practical and theoretical, and culminates in each finalist delivering a speech to hundreds of industry members at the Bragato dinner" says Grandorge.

Along with claiming the title and a significant prize package, the winner also goes on to compete at the Young Horticulturalist of the Year as the sole representative for viticulture.