2018 brings profit to all levels of industry 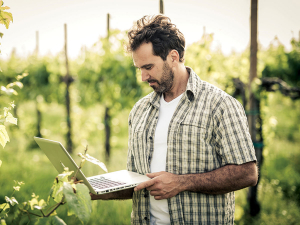 The data revealed in the latest Deloitte, ANZ and New Zealand Winegrowing industry benchmarking survey shows 2018 was a pretty good year for all tiers within the wine industry.

It is only the third time in the 12-year history of the survey, that all categories from the smallest to the largest, recorded a positive profit before tax.

The most consistent performance was amongst the larger wineries, with an average profit after tax of 18.7 percent. The two smallest categories showed the lowest profitability as a percent and also had higher levels of expenses. But at least, the report says, there was profitability, something that has only occurred in 2014 and 2016.

With an export market that has continued to grow steadily for the past 23 years, it is the larger categories that are making the most of it, whereas smaller wineries tend to concentrate on the domestic market according to the survey. Sixty-nine percent of the wine from smaller wineries is sold domestically. Compare that with 66 percent of wine from larger companies being exported. But it is pointed out that there is a; “negative correlation between the levels of revenue per litre and returns on assets, due to the sales mix in terms of varietal, and export mix of bulk and packaged formats. We note larger wineries selling a higher proportion of bulk wine which is at the lowest price point.”

As mentioned earlier, 2018 was the 23rd consecutive year for growth in terms of wine exports. The growth to year end June 2018 was 2.5 percent, although the rate of that increase slowed with “just 0.8 percent more wine exported than 2017.”

That can be put down to a smaller than expected vintage in 2018. However the supply shortfall was positive in terms of value, with the increase in the 2018 export price increasing to $6.70/l. Domestically the value rose as well, and the survey says “the combined analysis reveals a lift of 1.8 percent on average prices revealed by all wineries for all sales across all markets to $7.33/l.”

One of the highlights of this year’s report is the impact innovation is having within the wine industry. All categories are increasing their investment in new plant and equipment technology. Driving that investment, is improving quality within the winery itself, as more and more look to cut costs of production.

The second technological driver is productivity within the vineyard.

And it is paying off. “Survey data indicates a positive link between innovation spending and returns.” That finding is supported by an earlier ANZ report that focused on innovation within the New Zealand manufacturing sector.

“It found a correlation between investment in innovation and the achievement of productivity gains. The data showed those who invested in innovation had a stronger return on invested capital than those who didn’t and sales revenue grew faster.”

But the report does ask an important question.

“Are financially strong wineries able to prioritise investment because they have more cash to invest, or do they have more to invest as a result of the innovations already applied? The answer is likely a combination of both factors along with other factors unique to every business.”

There was a recommendation within the report regarding this subject.

“For wine businesses, use this report as a prompt to think about where you are at in terms of investing in innovative technologies. Remember also that innovation isn’t necessarily about financial investment. It’s very much about a way of thinking of doing things differently and better. What can you do to foster a culture which drives innovation?

“You don’t have to reinvent the wheel, think about what you can learn from other businesses who are innovating and using digital tools.”

The Deloitte, ANZ, NZW benchmarking survey can be found at: www.nzwine.com/members/industry-reports-statistics.