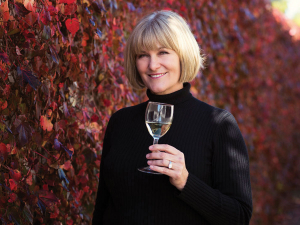 It was a one-off comment, but one that resonated with many winemakers at Sauvignon 2019; aged Sauvignon is an important tenet in the New Zealand story.

Sam Harrop MW made the point, briefly, when discussing how to premiumise our flagship variety.

“Importantly, something that we often lose sight of with Sauvignon, great wines of site reveal more of their sense of place with time in the bottle.”

So why is it that Marlborough Sauvignon is seldom given the chance to age? Is it because it is better fresh, or is it because consumers expect to drink the latest vintage?

In an interview with thedrinksbusiness, Simon Barker of Barker’s Marque Wines said; I think (Sauvignon) has the same peaks and troughs as Pinot Noir in the aging process, but no one considers it.”

That statement is something that Erica Crawford of Loveblock Wines agrees with. She is a fan of aged Sauvignon Blanc, and admits to being frustrated that our wines are expected to be drunk young, while old world wines aren’t subjected to the same standards.

“People don’t expect old world wines to be fresh vintage, but New Zealand Sauvignon must and it is quite frustrating.”

She says she has been recently drinking some Kim Crawford 2004 Sauvignons, and describes them as “fantastic.”

Fifteen-year-old Sauvignon is almost unheard of in New Zealand, and certainly isn’t something many people get the chance to try. But Crawford says the best wines change in the bottle, for the better.

“My opinion is that just as you bring in the new vintage, the previous vintage wines start to show a good balance and that secondary flavour occurs. Wine is a living thing in the bottle, it’s not Coco Cola that you freeze in time.

“You get that lovely secondary development and I like the fruit sweetness that starts showing later. As we age more and more, when those secondary flavours start happening, for me, that is when it starts getting interesting.”

She says the aging process tends to tone down the aggressive acids that can occur in fresh wines, allowing more textured fruit flavours to emerge.

Master of Wine Bob Campbell agrees, admitting he is a big fan of aged Sauvignon.

“I have had them back 20 years and they have been great. At about two years of age, Marlborough Sauvignon starts to develop the beginning of canned asparagus characters and under screwcap, I think that starts to kick in at about five years. I think the use of screwcaps opens the window (of longevity) by two to two and a half times.”

He says age helps lower the “pungent, fresh, jump out of the glass fruitiness”, and the wine develops some interesting bottle age characters.

In his wine education classes, Campbell says he gives students a young Sauvignon Blanc and one that is five or six years old, to show the difference in flavour profiles. Interestingly, when the students vote on their preference – the long-term majority prefer the aged wine.

“When I drill down a bit, I find those that are enthusiastic about Sauvignon and would describe themselves as a Sauvignon drinker, tend to prefer the younger wine. Whereas others who are not that fussed on Sauvignon, prefer it with a bit of bottle age.”

It raises an interesting point. Maybe there is a different segment of the market that New Zealand could be targeting, in terms of our Sauvignon Blanc, if producers were to hold wines back rather than release in the same year as vintage.

While cash flow is an obvious reason wineries need to get their wines onto shelves as soon as possible, there could be another reason. Crawford believes the exponential love affair the world has had with Marlborough Sauvignon has created an image the wines need to be drunk early.

“The demand (for our wines) has meant we have had to manage our allocations. We made a rod for our own back. Basically we trained the trade that this is what it should be. Picked in March or April, bottled in May and out to the market shortly after. Now they want the fresh vintage – it is definitely the perception (in the trade) that it has to be the current vintage.”

Changing that perception won’t be easy, she says although Campbell says it can be straight forward.

“Winemakers have to hold back small amounts. It only has to be a few cases, or out of library stock to prove a point with the press, key customers, retailers and key influencers. Let them experience bottle aged Sauvignon Blanc and then as long as they believe and favour it, the message will get across.”

Crawford believes it will take a slow and steady approach to change attitudes.

“It is one restaurant at a time and it has to start in the restaurants. And it’s critical media articles showing that aged Sauvignon is different. We need to help people get over the idea that it needs to be fresh, because there is such beauty that comes out later.”

Marlborough’s Dog Point wines is one company that is actively promoting older Sauvignon Blanc to its clients. Winemaker James Healy says the industry needs to push the fact that good wines, made well, will age as well as any other white wine.

“Two of the best white wines I have ever had in my entire life have been made from Sauvignon Blanc. One from Bordeaux and the other from Sancerre. They were just amazing wines and they were not young.”

He says there is no reason Marlborough can’t replicate that standard. But he says it has to be made well, from the best fruit.

“There are a lot that won’t age well, a lot just disappear. But good ones age fantastically well. If they are appropriately grown, the crop is not huge, you have an amount of natural concentration. If the pressing has been gentle and the wines have been made and cared for during their production, before bottling and bottle well, then the wines stay drinkable for years.”

He says most people who try older Dog Point Sauvignons tend to be surprised.

“They always go – ‘I didn’t think this stuff was supposed to age.”

Healy agrees with both Erica Crawford and Bob Campbell that the industry has been hell bent on getting Sauvignon into the market within months of being picked, and not promoting the age ability.

“People need to appreciate that Sauvignon from Marlborough will age. By pushing that, it has to be good for the overall industry.”