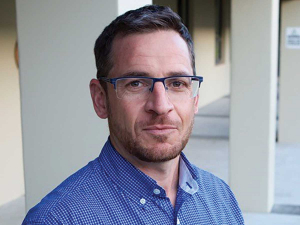 Dr Edwin Massey has been appointed to the new position of General Manager Sustainability for NZW.

The PwC Strategic Review last year offered a number of recommendations presented to the New Zealand Winegrower’s Board.

Chair John Clarke explains to Tessa Nicholson how those recommendations are now being implemented in five key areas.

It is in this field that the biggest changes have been made by the Board. A new senior executive position has been created – GM Sustainability. Dr Edwin Massey has recently been appointed to the role and will ensure that sustainability becomes embedded across the entire wine industry.

Clarke admits that many members may view the sustainability subject as being related to SWNZ only, but he says it is about more than scorecards and environmental issues.

“We want to ensure we are good employers, that we don’t breach standards and that we can be viewed as an industry of choice for people who are looking for work opportunities, right throughout the industry.

“In an economic sense we want to ensure that the returns to growers and wineries are at a level that enables those businesses to carry on in a sustainable fashion in the future.”

The PwC survey of members highlighted issues surrounding the current SWNZ programme, and Clarke says those issues are being addressed at the moment.

“It has been our Achilles heel and we need to sort it out,” he says.

A panel of viticulturists and winemakers, led by former board member Gwyn Williams is working on the scorecard and the anomalies that have been highlighted over recent years.

“We are looking at the questions we ask (on the scorecard) particularly around the audits. We need to be seen to be auditing and asking questions about the areas that matter from a New Zealand wine perspective, other than broadening it out to include areas that are the domain of others.”
For example Clarke says broad questions relating to labour are fine; “but some of the more detailed stuff is for the Labour Inspectors and others.”

SWNZ will now come under the umbrella of the new Sustainability GM and Clarke says he expects the new-look scorecard will be released to members early next year.

The review suggested that NZW didn’t report on the health indicators or key performance indicators for the organisation as an industry body. They suggested that needed to be done, in a way that could be measured. As a consequence the Board has instigated three levels of reporting, built around the key words of NZW’s purpose statement; reputation, sustainability, diversity and value growth.

“We have developed some health indicators for the industry as a whole around those four,” Clarke says.
Reputation health indicators include: ranking in key markets by dollar per litre, nil convictions for breaches of standards and sale of alcohol issues, achieving environmental benchmarks and ensuring the safety of staff and contractors.

Sustainability health indicators include; the average value of wine exported, the average grape price and nil convictions for breach of resource management rules.

Value growth; measuring the retail value of New Zealand wines in target markets, median salary/wages in the industry compared to New Zealand as a whole.

Clarke says these health indicators are for the New Zealand wine industry as a whole.

The other two levels of reporting relate to NZW itself. Long term KPI’s have been developed in the four major activity areas of marketing, advocacy, environment and research. In each of those areas, annual KPI’s have also been developed, to ensure the industry is moving forward.

“We want to be much more engaged with the regions. This is more about what they can do for us, as much as what we can do for them.”

“This is specifically directed at some of the smaller regions, where administration is a big cost.”

Regional representatives will be paid to attend events such as Spray Days and Bragato, while Chairs of regional boards will be able to take part in governance programmes.

“That is not to suggest they are not good at what they do, but to provide an opportunity for succession within the NZW board.

The Sustainability GM will have some oversight within the regions, and will work as a conduit between them and the NZW board.

Apart from the new Sustainability GM role, there will be no major shakeup of NZW’s management structure, although Clarke says there will be some tweaks.

A financial model out to JYE 2025 has been delivered to the board. The major change is an increase in levy rates by 10 percent this current year. That is aimed to ensure NZW has financial flexibility for the future, and the ability to meet unexpected contingencies such as a biosecurity incursion.