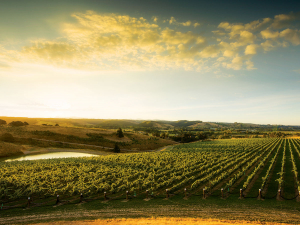 The beautiful Falcon Ridge, developed at a cost of $12m, has removed all its vines – with owner Alan Eggers deciding winemaking wasn’t for him.

There has also been a shuffling of seats in the world of winemakers with some talented winemakers moving from one winery to another within the region.

However one of the most surprising moves came from award winning wine producer Falcon Ridge who simply pulled out all their vines.

Having spent more than $12m developing the vineyards and rehabilitating a significant stand of QEII Trust forest, building a number of ponds, planting thousands of native plants and establishing kilometres of walking tracks to create an environment that reaches far beyond making wine, Alan Eggers decided winemaking wasn’t for him.

Instead he is just going to enjoy the environment he has created and focus his efforts on his geology business.

On a much more positive note New Zealand investment company Booster is breathing life back into a winery that has the potential to be the jewel in Nelson’s winery crown.

Mahana, with an immense gravity fed winery had a chequered history under the control of previous owner, American Casino boss Glenn Schaeffer. However the well-funded Booster operation and its strong corporate management team are moving very quickly to turn this previously underutilised facility into the exciting facility it was designed to be.

General Manager of winemaking, Hamish Kempthorne, says Steve Gill, a talented winemaker from Appleby Vintners, has moved to the former Mahana winery as the production winemaker for the Booster owned, Sapor Makers and Growers.

While it is very early days; “we haven’t even decided on a new name and brand for the facility yet”, the immediate focus is on harvesting this years’ crop.

The medium term intention is to turn it into a showcase facility with a premium restaurant that also showcases other wines from the group, including from Seleni in Hawke’s Bay, Waimea Estates in Nelson, Louis Vavasour in Marlborough and Bannock Brae in Central Otago.

Another former Mahana vineyard on the Waimea Plains has been added to the Seifried Family Winemakers Estate portfolio as they continue to grow their production.

So even as some struggle, there continues to be some shining lights investing in, and expanding, the Nelson wine industry.