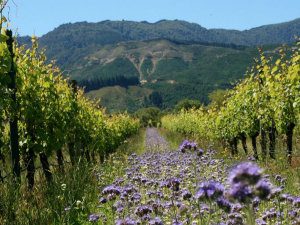 In part two of a series breaking down the six questions answered by the PwC Strategic Review, Tessa Nicholson looks at the question of Sustainability and its place within the New Zealand wine industry.

There is no question that sustainability is a drawcard for consumers the world over, but as the PwC report points out, that drawcard is going to become even greater in the years ahead.

But how do members of the New Zealand wine industry view sustainability and in particular Sustainable Winegrowing New Zealand (SWNZ)? That was a major question asked by the PwC strategic review.

Overall, the report says members recognise the importance of sustainability within their own companies and appreciate the importance of programmes such as SWNZ to consumers. But when it comes to SWNZ itself, the “value” of it, the impact on businesses and the outward communication of the programme, NZW members are not so complimentary. In terms of services offered by NZW, SWNZ comes in as having the lowest satisfaction levels.

“Across all membership types, roughly one third of members are unsure if SWNZ certification adds value or not,” the report says.

It highlights an earlier survey undertaken by NZW that highlighted how many members believed the benefits of the programme are almost gone. “The majority of people achieve certification anyway, with no incentive or reward for member outperformance.

“The NZW survey also finds 40 – 50 percent of member respondents do not believe SWNZ leads to a protected environment or wine premiums and the time spent completing SWNZ does not guarantee enough member specific benefits.”

Growers feel much more strongly about this than wineries.

These are some of the most salient point within the PwC report. Time spent filling out SWNZ forms and the cost of SWNZ membership.

While costs vary depending on size, the PwC report says the smallest vineyard would be paying $375 plus GST per annum.

As for how SWNZ accreditation is viewed in the world market, it is a lot more positive. The report says the programme has boosted the New Zealand wine industry’s reputation, particularly as it is a one-stop programme, providing consistency in messaging. But many members feel there is “no overarching sustainability communication strategy, which inhibits effective marketing messaging.”

SWNZ CI (continual improvement) was instigated back in 2017 and allows wineries and growers to set their own goals above and beyond the initial SWNZ message. This is allowing greater differentiation and raising the bar, the PwC report says. But the weakness it says, is that there are limited resources from NZW to the CI programme, which has resulted in two outcomes; limited up-take by members, and therefore low feedback on the pilot programme which is hampering the development from pilot to full launch.

“The strategy will allow focused effort in areas where greatest value can be realised.”

It also suggested that SWNZ and SWNZ CI should be streamlined, and as CI improvements are proven, they should then be incorporated into SWNZ, which will ensure the sustainability bar is continually lifted in a meaningful way, placing as little burden on members as possible.

But perhaps the biggest suggestion from PwC is that SWNZ should be levy funded. At this stage no decision has yet been made by NZW on this recommendation as this will need to be considered alongside all the priorities falling out of the review.

Simplification is key to the future of SWNZ the report says. Members have regularly opposed the cumbersomeness of filling out SWNZ forms, the number of unnecessary questions, the duplication of questions that are already monitored by other agencies and the time it takes to fill out compliance forms.

“By removing unnecessary SWNZ questions, the existing SWNZ programme can dive deeper into issues that are not covered already by other regulatory agencies. This will help to drive industry change in a more targeted way.”

As a conclusion, the report says the fundamentals of SWNZ including its coverage of nine sustainability pillars, and the fact that it is based on internationally reputable standards, remain sound. Balancing these fundamentals with the need for simplification and focus will ensure the New Zealand wine industry upholds its high international sustainability reputation.”

The full PwC report on Sustainability can be viewed on the nzwine.com website, in the members section.