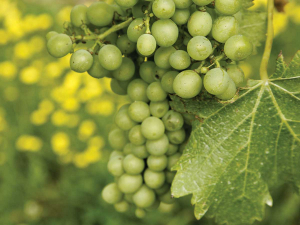 The “big picture” is that overall retail and supermarket sales have “more than compensated” for the fall-off in hospitality and specialist markets, says New Zealand Winegrowers (NZW) Chief Executive Philip Gregan. But that’s of little solace to companies reliant on on-premise sales around the world, he adds. “There are some people who are definitely winning at the moment and some people who are suffering.”

When Covid-19 reared its head earlier this year, NZW revised its budgets, based on a 10 percent reduction in wine sales in the March through June period, and from June 2020 to January 2021. They also did a “pretty ugly” worst case scenario budget based on a 25 percent reduction in sales for the same period, says Philip. Instead, the March to June period saw export sales increase by 6 percent, and July numbers show a jump of 23 percent on the previous year.

The export statistics also show an early move to vintage 2020 exports, with 8 million litres of 2020 Sauvignon Blanc in June, and 14 million litres in July, when just 4 million litres of 2019 Sauvignon were exported. “That was in line with our pre-vintage stock levels,” says Philip, referencing “record low levels” of stock going in to vintage 2020 and a January NZW survey revealing medium to large wineries were keen to bring in a larger crop. They got their wish, because with wine deemed an essential service in the Alert Level 4 lockdown, along with good yields and great weather, the country bought in its largest ever crop in tonnes, with 457,000 tonnes of grapes, up 11 percent on 2019.

Despite the good sales to date, including in 2020 Rosé and Pinot Gris, all wine companies – whether winning or suffering – have uncertainty in common, says Philip. “If you ask them what they think about the future, their response is the same – ‘we have no idea’.” While the signs to date are looking positive, “every month is going to be critical going forward”, he says.

Rabobank Senior Wine Analyst Hayden Higgins says the buoyant export data likely shows increased retail demand flowing through to exports, with the greatest boost to companies that can provide good volume. “New Zealand wines often sit at a pretty good price point – premium but not super premium,” he says. The lift in bulk volumes this year could indicate companies looking to get more wine sold early on, in order to secure cash flow, whilst meeting increased retail demand offshore. But he notes that packaged wine has hardly dropped as a result of the increase in bulk exports, and the price per litre has risen for both categories. “That’s what you want to see.”

The story to date has been “very positive”, but companies will be keeping a watchful eye on markets, especially as waves of Covid-19 reappear around the world and slow the return to on-premise in some markets, says Hayden. There’s also a question around what will happen when government economic stimulus packages run out in New Zealand and Australia. No-one has a crystal ball, but everyone will be watching markets carefully, he says. “Demand could soften in the future, which means we might sell a little bit less or value might come back to continue selling the same volume… Our advice is ‘keep a watch on the market’, because there is downside risk as the economic recession unfolds globally,” he adds. “The best case outcome is that we are wrong.”

Hunter’s Managing Director Jane Hunter says earlier in the year her team was “apprehensive”, as very little of Hunter’s wine is sold into supermarkets in their export markets. “With restaurants and other hospitality outlets closing as countries went onto lockdown we were constantly re-forecasting our sales projections,” Jane says. “However, as time has moved on we have been pleasantly surprised to see that our pre-Covid projections are being met and our distribution channels in various countries have been quick to diversify and find new ways to connect with customers.”

She says they are missing face to face contact with distributors and customers, “but like others we are making the most of Zoom to keep in touch and to do tasting sessions to introduce the new vintage wines”.

Jules Taylor says exports have been very unpredictable for Jules Taylor Wines since the beginning of the year, “with some worryingly quiet periods followed by some surges and then back again month by month”. She says distributors seem to be running stock down more than usual before replenishing. “Our major export market is the US, and we sell through a fairly balanced mix of restaurant and retail customers. Obviously, the restaurant side of the industry has been doing it very tough with sales well down and increased costs to operate, but this has been offset by increased retail and take home sales.”

She says it has been a difficult environment for her importer and distributor teams to operate in.

“Forecasting has gone out the window, but overall we are about where we would normally be at this point in the year.”

They also knew off-premise sales would spike, but their initial forecasts have been exceeded, with Yealands Sauvignon Blanc in the UK and US growing at twice the rate of the category, he says. The most consistent demand has been from the Asia Pacific and Europe regions, “where we have both developed and developing markets for the Yealands brand”, he says. “The US and the UK have been the most volatile as far as demand fluctuations, but overall we’re seeing the New Zealand wine category outperforming the total wine category in almost all markets, which has been really encouraging.”

Liam says the company is confident about the future of the New Zealand wine market and has strong plans for growth of Yealands Wine Group brands within it.

“No doubt we’ll need to remain agile as this pandemic continues to throw challenges our way. But I think even pre Covid-19, volatility is the norm in the global marketplace.

“So you have to equip your people and business to deal with it.”