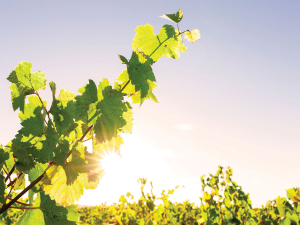 With a weak La Niña developing in the Pacific Ocean, then Madden Julian Oscillation (MJO) and Southern Oscillation Index (SAM) climate drivers playing their part, we saw a wet December for many places.

As I write, we have a cyclone bearing down on Aotearoa and plenty of activity in the tropics that could lead to more before the end of summer. Humidity has been on the rise across most of the North Island and although temperatures have only been moderately above average, the combination of water vapour and warm temperatures has made for plenty of uncomfortable days.

The theme for most of the country over the next few months appears to be an increase in cloud and humidity along the east coast of both islands as far as Canterbury, and temperatures remaining above average. Most climate analysts are predicting potential for a higher than average number of tropical cyclones, and the risk of one or more affecting us remains high.

Outlook for February and March

The lower North Island sits in a transition zone during La Niña. There is the risk of rain from low pressure systems that move south past East Cape. However, due to the often tight circulation and fast moving nature of these systems it is possible Wairarapa could miss the worst of the rain. Temperatures are likely to remain above average for the remainder of summer and humidity can be higher at times.

More sheltered from the east, Nelson is likely to see sunshine closer to average and higher than average temperatures for the remainder of summer. If northeast conditions persist then there is a chance of a major rain event from a low running south into the Tasman Sea instead of southeast past East Cape. As we move into March and the autumn equinox, an increase in westerlies is possible and rain can return.

As we move further south the effects of La Niña change. Coastal Marlborough and Canterbury traditionally see a reduction in sunshine hours as cloud cover increases due to onshore northeasterlies and humidity runs higher than average during the day. Mean temperatures are likely to remain above average and some of this is attributable to overnight cloud cover. High pressure can be slow moving over the South Island and this may lead to more high temperatures about sheltered inland valleys. Rainfall totals are likely to be close to average. There is always a risk of an ex-tropical storm bringing significant rain though.

Sitting further south and under an increased influence of high pressure, Central Otago is likely to remain mild with above average day time temperatures. Nights are near average, and cooler southerly changes do push north at times. Sunshine totals are likely to be closer to normal or even a little above normal in some parts. The Waitaki Valley may be cloudier though as an increased northeast flow will reach Kurow. Rainfall totals are likely to be near average but possibly below average in parts.

Over the past five to 10 years we have witnessed an extraordinary increase in the amount of weather information online for us to digest. Access to global forecast models, and the high resolution animations that they are presented, in means anyone with the internet can access many of the tools forecasters use to predict the weather. That information is an opportunity for all of us to understand the weather and climate better than we have in the past.

Numerical weather prediction is one form of weather forecasting and is the use of observations taken at the same time from different places on the planet, which are then put through a series of equations to predict the weather in a certain place at a certain time.

Two forecast models are mentioned time and time again – European Centre for Medium-Range Weather Forecasts (ECMWF) and Global Forecast System (GFS). These are two of the most widely available forecast models and they cover a large range of weather conditions around the planet.

These forecasts both have strengths and weaknesses. For example, the ECMWF produces data at a higher resolution than the GFS and is more accurate in difficult topography. The GFS has a lower resolution and can be more difficult to use in mountainous regions.

The resolution of a forecast model is basically the level of detail that a model can predict to. ECMWF forecasts around the world down to 9km blocks and the GFS to around 22km. There are other forecast models that have been developed for localised areas that forecast down to a 4km area and even smaller.

A forecast is only as good as the data that it is given. Forecast models are trying to predict the state of the atmosphere and in many parts of the world there is not a large amount of observational data to use. Forecasts then become less accurate as they try to predict further and further into the future. A small variance can amplify exponentially as a model tries to predict the next storm in 10 days’ time.

I have seen forecast modelling improve markedly in the 25 years that I have been involved in weather, and the next few years will see even greater improvements as the need to protect and maintain our fragile environment increases.