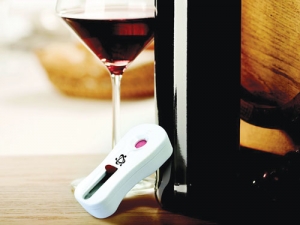 Brettanomyces bruxellensis is the bane of winemakers throughout the world. Known simply as Brett, its impact can lead to unpleasant aromas and wine spoilage, if left undetected.

In scientific terms, the three most important known aroma active compounds associated with Brett are;

• 4-ethyl phenol (4-ep), which has been variously described as having the aromas of Band-aids®, antiseptic and horse stable

• 4-ethyl guaiacol (4-eg) which has a rather pleasant aroma of smoked bacon, spice or cloves

• Isovaleric acid which has an unpleasant smell of sweaty animals, cheese and rancidity.

Other characters associated with Brett include wet dog, creosote, burnt beans, rotting vegetation, plastic and (but not exclusively caused by Brett) mouse cage aroma and vinegar.

Brett has been isolated from the outside of grapes and from winery equipment, however its favoured winery haunt is the oak barrel.

Certain conditions are known to favour the growth of Brettanomyces during winemaking. If low free sulfur dioxide levels are coupled with high wine pH and warm temperatures during barrel maturation, then issues may arise.

If older oak is used and the wine has a reasonable amount of dissolved oxygen….  look out! Furthermore it is thought that Brett can also multiply after bottling if the wine contains residual fermentable sugars, a situation made more likely if the wine was minimally filtered.

Until recently the only ways for a winemaker to test for Brett within the wine, has been to do plate tests, which can take days to deliver results, or DNA testing, where wine samples are taken and tested in an established scientific laboratory.

However a new product on the market is promising to revolutionise the testing process, offering winemakers a four-hour testing time, on-site in the winery.

Veriflow®BRETT is the brainchild of American company Invisible Sentinel, and while it has been in the market place for just over a year, it is already getting big raps from more than 150 wineries world-wide, including some here in New Zealand.

Ben Pascal is the company’s chief business officer, who says the new technology has made molecular diagnostics accessible to all wineries.

“Typical molecular diagnostics are very expensive and cumbersome and the results have often been inconsistent. It is not something that can be deployed directly at the winery,” he says.

“Veriflow allows for a molecular system to be deployed inexpensively within the winery, making it much easier to run samples in less than half a day. Anyone in the winery can do this.”

The simplicity of the system is its greatest advantage. All that is required is a 25 ml sample of wine, which is spun down, transferred to a test kit, placed in a thermo cycler, left for two and a half hours, and then transferred onto a test cassette.

“This kind of looks like a pregnancy test kit,” Pascal says. “There are either one or two lines. If only one line (shows up) it means you are negative for Brett. Two lines means you are positive. So the read out is something that anyone can understand. You are basically reading DNA on what looks like a pregnancy kit, and that’s novel, no one has ever been able to do that before.

“The intensity of the second line correlates to the level of Brettanomyces, which is important to the winemakers – they need to know how much is actually there.”

All this is done within a four and a half hour period, meaning winemakers can move quickly to get on top of the issue if Brett is discovered.

Prior to launching the product last April, Pascal says they validated it by working alongside Jackson Family Wines in the US, a company known for their premium product. He said one of the major talking points during the validation was the ability to be pro active rather than reactive when dealing with potential spoilage.

“Our groups have put plans in place that they test at four critical points. We test at fermentation, which is very new. It means you can test just what you are bringing into the winery from the vineyard.

“The next stage would be aging. During racking, when you are working with the wine.

“The third point of place where you test is at topping.

“And the forth place is just before you bottle.

“In the past lots of winemakers would do Brett testing because they smelt something or suspected they had Brett in their barrels. Or else they did it as a standard test. But what Veriflow®BRETT allows them to do is be pro active and test before they think something may be wrong.”

Which means they can react well before any potential spoilage takes effect.

The very portable and small testing kit can undertake 24 samples at a time – meaning multiple barrel lots, or blends can be checked every four and a half hours.

In terms of costs, Pascoe says each individual test works out as “typically 50 – 75% less than other molecular diagnostics.

“And if you look at the capital equipment costs, it is 80% less than other competitors capital costs.”

Veriflow®BRETT has already gained numerous awards in the US and has been labeled as a “game changer in the vineyard” by Forbes magazine.

In New Zealand the new system is being marketed by NZMS.