A year of highs - Editorial 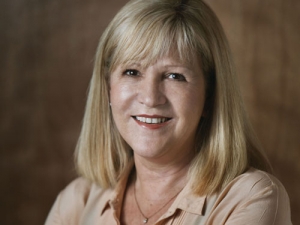 Another year is about to end, with the next one waiting just around the corner.

And 2015 has been a year of highlights for the New Zealand wine industry.

Aside from the gains made in the ethereal world of governance and marketing, New Zealand wines have shown just how versatile they are.

This country had its most successful year ever in the 13-year history of the Six Nations wine competition. Not only were we voted the top country by a larger margin than ever before, but we also took out the trophy for top wine and won Nation of Class in seven of 16 classes.

With a result like this it is impossible to call New Zealand a one show pony, in reference to our Sauvignon Blancs. In this one competition alone, we were Nation of Class in Sparkling, Sauvignon Blanc, Pinot Noir, Shiraz/Syrah, Bordeaux Blends, Other Red Blends and Dessert wines.

At this year's Air New Zealand Wine Awards, international judges were stunned by some of the lesser varieties that are beginning to emerge. Ronny Lau from Hong Kong described how he was surprised – in a nice way – at how good some of the newer varieties entered into the awards, were.

Which is promising for the future. While Sauvignon Blanc is likely to be the major player in our wine future, it is nice to see other varieties and styles are following hard on its heels, at least in terms of success, if not in volume.

Talking of Sauvignon Blanc – 2016 is the year that it will be celebrated as never before here at home. The International Sauvignon Blanc Celebration in early February will provide the hundreds of guests the chance to see how this variety is expanding in terms of style. Again 'one trick pony' is an oft repeated comment by overseas critics.

Those that are producing this variety throughout the country can only wonder when the critics will realise that our winemakers are producing an abundance of styles of this variety than the past would have them believe. That Marlborough is not the only region to produce world class Sauvignon in New Zealand. From Hawke's Bay to Martinborough, Nelson to Central Otago, Sauvignon Blanc is a variety that screams of regionality. The ISBC will provide the opportunity to prove that.

The celebration will be quickly followed by the Sparkling and Chardonnay Symposium held in Gisborne. Again two styles of wine that New Zealand can and has proved are world class.

Looking ahead to 2016, while these two events will set the scene early on, there are others coming later that will change the face of New Zealand wine. One is the unification of the industry to one body and the implementation of GIs. Both are covered in this issue of NZ Winegrower.

So as we say goodbye to 2015 and welcome in 2016, let's celebrate an outstanding year and prepare for another exciting one.

I hope you all have a safe festive season, enjoying a drop or two of some of our stunning wines with friends and family.