From the CEO - Remembering… 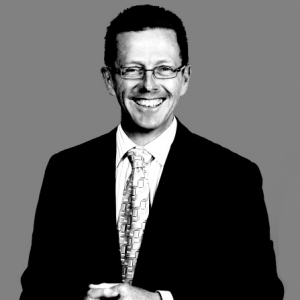 Originally, this article was going to be all about the future. All about the Structure and Governance workshops currently under way.

And how important the issues being discussed at those workshops are for the future of your industry organisation and for the industry as a whole.

But then I heard the very sad news of the passing of Alex Corban OBE. The life and achievements of Alex are detailed elsewhere in this issue, and I won’t attempt to catalogue his outstanding accomplishments here, but very briefly …

Alex was one of the giants of the New Zealand wine industry. Working in the family business he was both a pioneer and an innovator. He was the first tertiary trained winemaker in New Zealand, and he led the change to vinifera based table wines. He was an innovator with temperature controlled fermentation, stainless steel tank technology and the Corban company was the first exporter in the modern era.

In terms of industry organisations, Alex made a huge contribution in the lead up to the formation of the Wine Institute, he served as its inaugural Chair, and he played a key role in preparation of the industry development plan in the 1970s

In short, few in our industry are ever likely to make the mark that Alex Corban did.

A few days before his passing, Alwyn Corban called me and said he was sending through a document that Alex had just completed in July on the industry - “Tall Oaks from Little Acorns”.

Tall Oaks is a compelling read. It forces the reader to contemplate how far the New Zealand wine industry has come, and the vision, drive and sheer hard work that it has taken to get the industry to where it is today.

The modern industry that we have today stands on the shoulders of all those who have gone before and all the battles they have fought, won and lost This is something we should never forget for if we do it will be to the peril of the industry.

The battles of the past place into context the challenge and issues we currently have. Virtually no access to the domestic markets and hostile governments meant the wine industry was an outsider in previous times. Today, generally, governments want to help as our sector plays an increasingly important role in the economy … exports of $1.3 billion and growing by the day.

Within the context of remembering where we have come from… it was an honour to be present at the recent Bragato Conference Dinner where Hermann and Agnes Seifried (Seifried Estate) and Richard Riddiford (Palliser Estate) were inducted as Fellows of New Zealand Winegrowers. The standing ovations that our three new Fellows received from the Bragato dinner audience was testimony to the high esteem in which the new Fellows are held by the industry.

Hermann and Agnes, and Richard join a list of industry Fellows that is a real who’s who of the development of the modern wine industry. From the likes of Alex Corban, George Mazuran through to Mate Brajkovich, Peter Babich, Ross Goodin and others, the list of Fellows and Life Members is a testament to the benefits that vision, drive, determination and service have brought to the long-standing benefit of all current grape growers and wineries.

It was also a privilege at Bragato to hear the thoughts of some of the young, up and coming industry leaders. The young leader’s session on the final day of the Conference was a clear indication that vision and innovation were not just hallmarks of industry pioneers but are strengths alive and well in the members who will take the sector through to 2050 and beyond.

Step by step, innovation by innovation, our predecessors in the industry have built and bequeathed the modern New Zealand wine industry a great legacy – a reputation for highly distinctive world class wine.

It is up to all of us now and in the future to build on that legacy, to pass on to the future an even better New Zealand wine industry. 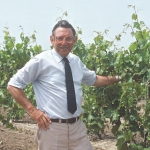 Alexander Annis Corban was a 20th century visionary and a pioneer of the New Zealand wine industry.