It’s your Board so get involved! 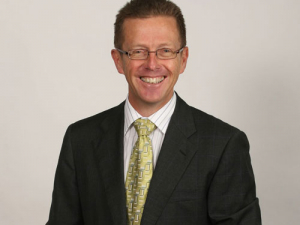 Later this year there will be an election for the Board of NZ Winegrowers — get involved!

As the representative body of and for New Zealand’s 1,400 plus winegrowers, NZW will deliver the best outcomes for the industry when each and every member plays their part in the electoral process … that’s when democracy will work best for you.

The upcoming vote will be conducted on-line as it was in 2018. The system is simple and easy to use for votes and worked well in 2018.

So as an industry member how do you become involved in the election? There are a number of steps to take – all are simple but important.

The first, and probably most important, is making sure you are eligible to vote and to stand for election. Each member of NZW, no matter how large or small, has 1 person who can cast votes in an NZW election. This is the same person who also can stand for election to the Board. A list of these voters is held at the NZW office – to make sure you are on the list simply give us a call and we will check for you.

Second, as with any election there is a process of nomination. A member can nominate any other member (ie any other person eligible to vote and stand for election) to stand for the Board.

The nominations need to be received at the time that nominations close – this date/time will be specified when the call for nominations is sent to members.

So if you are a member, you need to think about whether you are interested in standing for the Board election. If you are, all you need to do is find another member to nominate you and to get the nomination in by the due date.

If you are not interested in standing yourself, ask yourself if you know another member who you think may be a good candidate for the Board. If you do consider nominating the person, after you have spoken to them of course!

Once all the nominations are in the campaign begins. In 2018 a booklet was circulated to the industry outlining the candidates and their views. Candidates were also offered the opportunity to record a video message and this was placed on the election page of nzwine.com. We will be adopting the same process again this year.

Voting, as noted above, will be held on-line. The voting period will last about two weeks (it must last at least seven days). Voters will receive several reminders to vote … and apologies in advance because it is a secret ballot even if you have voted you will receive the reminder simply because we do not know who has and has not voted!

As noted, this year the voting system is levy based – the number of votes you have is based on the levies you have paid as at a certain specified date. What this means is that if you are behind in your levy payments to NZW this will reduce the number of votes you will be able to cast – so keep your levy payments up to date if you want to have your full say in the election.

We hope in this 2018 election to get a better turnout than in 2016. Last time just 437 of our 1,412 members voted (ie 31 percent) … in other words 69 percent of members or nearly 1,000 did not vote! Given NZW is your organisation, spending levies paid by you, this was a disappointing turnout – please help us do better this time.

From a levy perspective in the 2016 election, 6.1 million levy votes were cast, representing just over 77% of the total eligible levy votes.

This is a better turnout than the number of members but it still means that 1.8 million levy votes were not cast. Again, hopefully we will do better this time.