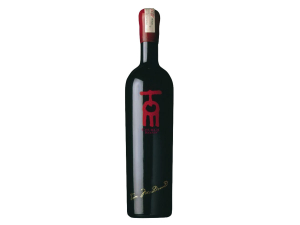 Don Kavanaugh from Wine Searcher rounds up some of New Zealand's most expensive wines.

Mention New Zealand to the average international wine consumer and they’ll likely mention Sauvignon Blanc or Pinot Noir, as though the country is some odd lovechild of the Loire Valley and Burgundy.

There’s a reason for that: Sauvignon makes up around 60 percent of plantings in the country (and a huge 86 percent of wine exports), while Pinot Noir accounts for 9 percent of all New Zealand wine and 6 percent of exports. So, you’d expect those two varieties to be front and centre of pretty much all of New Zealand’s wine statistics.

Well, that is until you come to the most expensive wines from the Land of the Long White Cloud.

Expensive is, of course, a relative term. Expensive in South Africa, for example, is very different to expensive in, say, Napa – De Toren’s Black Lion Shiraz from Stellenbosch commands an average price of $226 a bottle; Screaming Eagle Cabernet will set you back a sobering $3642 on average.

However, New Zealand prides itself on its ability to wring out the maximum price it can for its wines. Its exports might not amount to much in terms of volume, but they stack up well in terms of money earned, thanks to the wine industry’s collective decision to chase value rather than volume on the world market. This year marked 23 consecutive years of export growth for New Zealand wine, with a pleasing rise of 2.5 percent in value, despite flatter than usual volumes.

Even allowing for that, though, New Zealand offers some quite impressive value. The country’s “best” wine (i.e. the one with the highest aggregated critic score) is Framingham’s F-Series Riesling Trockenbeerenauslese, with a handy score of 95. It currently costs an average of $94 a bottle (or it would, if it came in 750ml bottles) and has never had an average price higher than $115.

Trinity Hill’s 94-point Homage Syrah, a Gimblett Gravels blockbuster that has wowed international critics, will set you back a modest $82 on average. Even one of the country’s most-respected wines, the Te Mata Coleraine Bordeaux blend has an aggregated score of 93 (although past vintages have hit 97 and 98 from individual critics) and a welcoming average price of just $72.

So value is inherent in the wines of New Zealand, at least from an international point of view. And the most popular Kiwi wines listed on Wine-Searcher are comfortably within everyday drinking price range. Indeed, the five most searched for New Zealand wines feature two Sauvignon Blancs and two Pinot Noirs, varying in average price from $57 (Ata Rangi Pinot Noir) to just $16 for the Kim Crawford Sauvignon Blanc.

All of that ties in with what I mentioned earlier about the best-known varieties: Kiwis make great Sauvignon Blanc in Marlborough and great Pinot in Central Otago (actually they make pretty good wine all over the country, but they are famous for those two). Well, that’s until you come to the list of the country’s most expensive wines. No Marlborough. No Otago. No Sauvignon Blanc, for pity’s sake!

Instead, we find the list dominated by Bordeaux blends, and Auckland – well the Waiheke Island and Matakana subregions, at least. Waiheke has always been an expensive area of origin for wine, since it was first planted in the 1970s. A boom in vineyard plantings in the late 1990s and early 2000s merely led to a greater variety of expensive wines becoming available, so it’s no surprise to see the island feature on this list.

Matakana, however, is a different story. This tiny region, an hour north of Auckland city, has threatened to become a more typical, cellar-door-heavy wine region at various stages in the past 25 years, but it remains defiantly lifestyle in nature, rather than commercial. This would account for some of the high prices asked by producers in the region, but inconsistent quality has meant an element of caution among consumers. However, its ambition is clear from the three Matakana wines on this list.

Pinot Noir makes an appearance, but the wines are from Martinborough and Canterbury; both good regions for Pinot, but unlikely candidates, given the star power of Marlborough and Central Otago.

Founded by the Spratt family, Destiny Bay produces the most expensive wines on Waiheke, which is saying something. The Magna Praemia is a blend of Cabernet, Merlot, Cab Franc, Malbec and Petit Verdot and the name is Latin for “great rewards”, presumably in reference to its aging ability. Or possibly the producer margin, as this wine weighs in at an average price of $300 and carries an aggregated critic score of 92.

The Larose Bordeaux blend has always been a pricy number, ever since it first appeared back in 1987. The vines that make it are more than 30 years old now, and the wine has something of a cult following. For an average price of $204, you get a critic score of 91.

Inspired by Cheval Blanc, Jim Vuletic started making wine in Matakana 25 years ago, after a long career as a lawyer. Better known overseas than in New Zealand, this wine has seen a dramatic price rise in the past year, with its average price leaping from $146 to $194.

Back to Destiny Bay and a wine named for a group of Greek philosophers who were also dedicated followers of the wine god Dionysus. Mystae is a blend of predominantly Cabernet and Merlot and will set you back an average of $189, a relative bargain compared to its big brother.

Once upon a time, New Zealand mostly made fortified wines, with local versions of Sherry and Port all the rage. These days it’s rare to see those wines, but Mazuran’s have never been worried about fashion and the West Auckland-based descendants of Croatian gumdiggers still make magnificent examples of what is now a disappearing style of wine. At an average price of $166, it’s not cheap, but it is a slice of history.

The other two wines from Providence are also self-described “cult wines”. The Four Apostles is a blend of Merlot, Cab Franc, Malbec and a lick of Syrah with an average price of $140, while the straight Syrah (average price $138) is from 25-year-old vines. All Providence wines are aged for two years in new oak before release.

Born in Tokyo, Hiroyuki Kusuda became fascinated by wine as a teenager and eventually gave up the law to pursue his passion for Pinot in New Zealand. This flagship wine has an aggregated critic score of 93 and an average price of $134.

Marcel Giesen is better known as part of the Giesen wine family of Marlborough, but Bell Hill is his own project, alongside Sherwyn Veldhuizen. The vineyard is in the North Canterbury region, an area that was originally touted as one
the most promising spot for Pinot in New Zealand.
This wine bears that theory out, with an average critic score of 94 and a tidy average price tag of $118.

Tom McDonald was a pioneering Hawke’s Bay winemaker, and this wine is a tribute to his memory. Made from Gimblett Gravels fruit, it isn’t produced every year, and only three vintages are currently available. It scores 91 and has an average price of $117, just edging out another Bordeaux blend from…Waiheke.

This article was first published by Wine Searcher, and is reprinted with their consent.