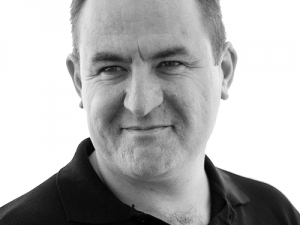 Making something tangibly interesting and different is the driving force behind North Canterbury winemaker Guy Porter’s new white wine, which he has labeled, simply, Sous voile.

The French name literally translates to ‘under a veil’. It is labeled without varietal or vintage in 500ml bottles and described as ‘A nutty dry white wine aged in old oak barrels under a veil of yeast’.

His inspiration for this style of wine comes from high quality dry whites from France’s small, eastern region of Jura, and the dry sherries of Andalucia in southern Spain. Neither region is normally credited with inspiring a new style of wine in the Southern Hemisphere, but Porter advocates diversity, saying that his inner muse inspired him to make a wine that highlights the diversity in the wine world.

“I believe that we can’t have a diverse and healthy industry without a wider range of wines.”

The raw material for Porter’s new nutty dry white is no secret – it is 100% Pinot Gris - but it is not the primary message of the wine, either.

“This wine is not about vintage or variety. I started with Pinot Gris, which was in barrel for a year. At the end of that period. I could see a sort of nuttiness developing in its flavour, and I thought this was a really intriguing character and wanted to follow this process to see where it would lead.”

Having had exposure to nutty oxidative wines from the Jura and sherry, he decided to follow the example of winemakers in those regions, leaving his Pinot Gris on ullage and allowing the levels to drop over time as a surface film was maintained in the barrels. This took place over approximately three years. By the end of that time, some of the yeast cover wasn’t complete, so he began to top barrels, so that the wine would not oxidise completely.

The result is a fresh but not fruity white wine, which has powerful intensity of pronounced savoury oatmeal and white nut flavours. It is not recognizable as a varietal wine because fruit flavours have been toned down, due to the strong influence of the yeast.

“We want to be inventive and try different stuff and that’s what drives us,” Porter says. “But I realize that if we want people to pay more for an interesting and different wine, then we need to make a compelling argument to pay extra money for it.”

Ironically, his compelling argument comes from Pinot Gris, which tends to crop generously, except in the region in which Porter lives.

“Nature’s blessing is a poor fruit set in spring in Waipara, which means that we can grow our grapes without the use of herbicides and with open canopies. I am able to keep bunch sizes down by spur pruning rather than cane pruning, which I set up about three to four years ago.”

His cropping levels for this wine were between three and five tonnes per hectare; “I believe that to produce good Pinot Gris, you need to treat it the same way in the vineyard as you treat Pinot Noir,” he says.

Porter says that pruning is relatively low in cost and its use helps to keep bunch sizes down.

“If you want to do stuff like bunch or shoot thinning in the vineyard, one way or another you’re going to spend money on people in the vineyard. “This is a way of circumventing some of that cost whilst retaining low cropping levels for his Pinot Gris grapes.

Will he make Sous voile again?

“It’s been received very well by the trade. Six months ago I had this wine in barrel and I thought, nobody’s going to buy it or be interested. I like this stuff but it’s a pretty tough market out there but people have been very positive about the style and the difference that it offers.”

Pinot Gris is the fourth most planted grape in New Zealand, with 2,593 hectares nationwide, up from 157ha in 2001.