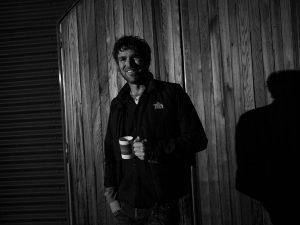 “In vintage 2021 we saw a drop in vigour after many dry years, so in existing vineyards it means we have to prune a bit harder and allow for smaller yields in future years, unless we get a good rainfall season.” When it comes to new plantings, they are looking hard for drought tolerant rootstocks, “but because demand for them is not high enough throughout the industry in this country, we have to pay through the nose for it”, says Wilco. “I think the majority of the New Zealand vineyard area is planted on the wrong rootstock because of water resources, and I think it’s incredibly unsustainable from the root up.”

The 2021 vintage was significantly lower than anticipated, in part due to dry weather but also the cool season in November and December 2020, which led to poor fruit set in the Wairarapa region. “If we had proper cropping levels, we would have had spectacular wines because it was dry and good weather, but not as hot as in the past three years,” says Wilco. “This year the smaller yields are a combination of weather conditions from last year and also bud formation from 18 months ago.”

Four weeks of consistent southerlies at the end of 2020 kept temperatures low. “It was quite nagging for a good three to four weeks over flowering and fruiting and, being a dry farmed operation, we see the impact of several dry years in a row, which have exacerbated things,” says Wilco. “This is why we are very keen to get more access to affordable drought tolerant rootstocks.

On the upside, the Dry River Wines team was able to manage vintage without the difficulty of seasonal worker shortages thrown up by Covid. “Picking wise, we had no pressures this year, but I don’t think that’s industry standard,” he says. “It was really just size-related for us this year.” Vintage itself was similar to 2005 from a cropping level perspective, he says. “We had such small yields that we will have quite intense wines. The challenges for us in 2021 are in trying to keep prettiness in the wines, purely because of the poor fruit set.”

Luna Estate in Martinborough fared well during vintage 2021, due to good relationships with the winery's long-term vineyard contractor, along with a relatively low harvest. Winemaker Joel Watson says crops were down by between 30 to 40 percent for Pinot Noir and by approximately 25 percent for both Pinot Gris and Sauvignon Blanc. "You can't do much about what comes out of the sky so the law of averages generally evens out after we had a good vintage 2020." He says the quality this year is good, "and the picking weather was also very good because it was dry and temperatures not too hot, which allowed us the luxury of harvesting when we were ready to, and to allow grapes to ripen fully without disease pressures".

A partnership of Wairarapa farmers is part of a growing wetland restoration movement to build community resilience against flooding, drought, landslides and water pollution.