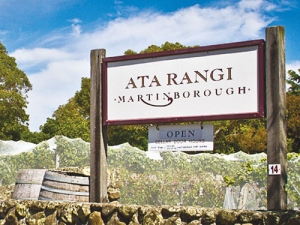 This has not always made for an easy ride as a winemaker in Martinborough, but it has made for a high quality journey, he told a roomful of restaurateurs, sommeliers and writers in Auckland, mid year.

The tasting was to mark 35 vintages of winemaking and his own change in career direction. A former shear milker in the southern Wairarapa, Paton had been bitten by the wine bug early in his life, thanks to his father’s years stationed in Italy, during World War II.

Wine intrigued him and, when he heard about the fledgling wine industry in Martinborough, he jumped in at the deep end.

“It’s funny; sometimes when you don’t know what you’re doing, you end up doing the right thing,” says Paton, looking back at what could easily be described as a rash purchase of land when he was keen to make a career change from farming to wine.

He hasn’t looked back.

While he remains actively involved in the winery, he and his partner, Phyll Pattie, have what they describe as an exceptional winemaker now in Helen Masters.

The biggest growing challenge in Martinborough is the spring wind, says Masters.

“It’s never been an option to crop with high yields; that was wrested out of Clive’s control fairly early on; it is a low yielding region,” says Masters.