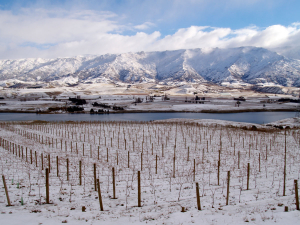 And as winter progressed, conditions have looked increasingly like what we would expect from a La Niña lens on our climate and day to day weather. Now, climatologists are takking more confidently about a return to La Niña later in 2021 and pushing through into 2022.

It is not unusual for this fluctuation in the Southern Oscillation Index (SOI) to last two years or more.

The outlook for another La Niña spring and summer will be consistent with other years.

There is an increased risk of rain in the east along with higher than average humidity and night time temperatures.

The early part of spring in 2021 may not be affected in the same way and that is where we are focussing as we move through late winter and a new growing season arrives.

After a first half of 2021 dominated by high pressure, it is now the turn of low pressure and July has been a very topsy turvy month. Cold outbreaks followed by high pressure and severe frost has been a hallmark. Long range modelling is suggesting that an increase in westerlies is on the way, but air pressure continues to remain low over New Zealand. This doesn’t help long range forecasting and tends to keep forecast confidence low once we are out past seven to 10 days. Sea temperatures remain above the long-term average and this will help to push temperatures up across the country.

Warmer than average temperatures, but with an increased easterly flow, there may be a smaller range of temperature than normal. Humidity levels are likely to be above normal and there is a chance of rainfall being above average thanks to low pressure systems passing by the upper North Island from time to time. The number of frosty mornings is likely to near average early on with the risk of frost under a developing northwest flow, or under a weak ridge as low pressure systems move away to the east.

Like the rest of the country, Wairarapa should see mean temperatures running above average through the early part of spring. Humid east to northeast conditions should increase cloud cover at times and reduce the risk of frost, however, there will still be a risk of frost through early spring under a light northwest flow.

An increase in westerly conditions could see drier than average conditions across the region. Any major rain events will require low pressure to track across the lower North Island or an active front on a north to northwest flow. The risk of frost through August and September is likely to be close to average. Mean temperatures remain near or above average.

August and early September may see a few more cold changes but these should reduce quickly by late September. The number of frosts is likely to be close to average for early spring, but as westerly winds increase timing will be critical as any ridging may become quite short lived. Mean temperatures are near or a little above average. Rainfall remains close to average.

With an increase in westerly conditions possible through late winter, we may see quite unsettled weather at times into mid-September. Winds are likely to become stronger for periods so a large fluctuation in temperature is possible as milder northwesterlies give way to cold but short lived southerly changes.

The number of frosty mornings remains near average and rainfall totals should be close to average also.

When forecasting, we look at a number of critical risk factors to help make a decision around temperature. Some of these include understanding which synoptic patterns are most likely to bring frost to your area. Is it a light northwest flow or a building high pressure system; does it only freeze under a stronger southwest flow?

Dew points can be useful in determining how fast the air is likely to cool under clear, calm conditions. A low dew point means that temperatures will potentially fall quickly once the heating from the sun has gone and day time winds have departed.

Humidity in the upper atmosphere can also give an indication of how dry the air is above a region, and this can also determine how fast temperatures will fall under ideal conditions.

Technology is constantly changing and helping improve forecasting around the world. In Aotearoa we have a challenging environment.

Being nearly 2,000 kilometres long and running from 34 degrees north to 47 degrees south, the variety of climate and geography of our country provides a daily challenge to forecasters and climatologists. Companies are always working to improve forecasts and help to reduce risk for growers associated with frost, disease, planning and managing daily work schedules.

This spring, Weatherstation Frost Forecasting are launching a forecast app focussing on frost. We will collect data from more weather stations and growers to use alongside machine learning for a process that improves forecasting and real time analysis of frost events.

Our understanding of synoptic processes will help as we start to factor climate change and variability into the mix. This tool will be constantly updated and improved over time to provide more detailed and microscale forecasting.

If you are looking for frost forecasts then there has never been a better time than this season to jump on board.