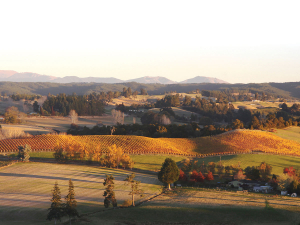 La Niña is leaving as global models point in the direction of neutral conditions over winter and spring. We will have to take sea temperatures, Madden-Julian Oscillation (MJO), southern annular mode (SAM) and the Indian Ocean Dipole into account as we analyse what weather may be in store for us over the colder winter months.

Rain, specifically the lack of it, has become more of a talking point over the past few months. High pressure moved in late but has persisted, and the prospect of high rainfall through autumn continued to remain fairly low. Sea temperatures remain above average and this has contributed to higher than average temperatures. What the consistent high pressure has provided is a large range of temperatures ranging from over 30C in early April to a run of frosts about Central Otago late in the month and continuing into early May.

A return to neutral conditions may mean an increase in a west to southwest flow over winter. This could increase rainfall along the west coast of the country but eastern areas are likely to see rainfall remain below average. Cold southerly outbreaks may look promising on the forecast maps but often a southwest flow will push these out into the Pacific Ocean before they can spread very far north. The SAM is forecast to be near neutral, so the number of cold southerly outbreaks is likely to be fewer than normal for a New Zealand winter.

All together, things are pointing towards a warmer and drier than average winter. The MJO, which relates to the band of increased convection over the tropics, is currently over the Indian Ocean and this has been identified as a reasonably strong system but this is forecast to weaken as it moves further east into the Pacific Ocean. This means that the chance of low pressure systems developing to the north of New Zealand are unlikely to be more frequent than normal.

New regions to talk about

This month we are adding Nelson and Wairarapa to the list of regions covered in this article. It is no surprise that, given the climatic diversity of these areas, they require a more detailed discussion about how the weather will play out over the upcoming months.

Outlook for June and July:

Temperatures are likely to remain above average throughout the first half of winter with a mild north to northwest flow. Cool southwest changes may only bring a few showers and have less punch than usual. The highest chance of moderate or heavy rain in the northeast is likely to be from a low moving south out of the tropics or from a cold southerly outbreak that turns southeast as high pressure builds in the Tasman Sea and pushes a ridge across the South Island.

Sitting in a real transition zone, Wairarapa has the opportunity to receive rain from most directions. Some spill over rain off the Tararua and Remutaka ranges is likely from stronger northwest flows, but the best chance of rain this winter is likely from southerly changes or a persistent southeast flow and, again, rainfall totals are likely to be lower than average. Mean temperatures should be near or above average.

Just like the North Island, temperatures are expected to be above average. However, a high diurnal range is expected if the wind flow remains predominantly southwest through early winter. Cool frosty nights may help to keep the mean temperature a little closer to average than other regions. Rainfall totals are expected to be below average and southwest conditions will exacerbate this. If a more northerly flow develops then there is a chance for some moderate rainfall totals.

Marlborough has managed to receive some precipitation from fronts crossing New Zealand out of the Tasman Sea and this is likely to be the best chance of rain for the region over winter. Cold southerly changes are likely to lose some punch as they spread north, so the chance of rain out of the south is lower than average. Like Wairarapa and Hawke’s Bay, some rain is possible if high pressure builds over the far south and a southeast flow develops. Mean temperatures are likely to follow the trend and remain above average although a large diurnal range is possible about inland areas of Marlborough and also parts of North Canterbury that are sheltered from the coast.

Warmer than average temperatures are unlikely to give Central Otago a miss, but overall mild conditions may be broken by periods of frost. With a climate that is probably the most “continental” in New Zealand, there is a good chance that an extended high pressure system could bring a run of cold nights and days through early winter. The combination of high pressure and shorter sunshine means that the air may lose more energy than it gains, resulting in a few days where temperatures struggle to climb above freezing. Rainfall totals are expected to be below average, however, any cold southerly outbreaks are likely to bring wintry conditions before they race off into the Pacific Ocean.