1080 threat will not harm trade but ongoing issues a concern 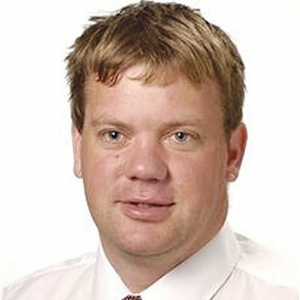 Lincoln University experts say the blackmail threat to lace baby formula with 1080, will not have long-term effects on New Zealand agricultural exports.

However, continuously emerging food safety issues could cause concerns.

Agribusiness and food marketing programme director Nic Lees does not see the threat as having a significant long term effect on either dairy exports or the New Zealand brand.

"Firstly because it is only a threat of contamination and secondly because the majority of New Zealand food exports get further processed or repackaged or blended so for many consumers the New Zealand country of origin is not obvious,'' he says.

"Because we are basically an ingredients supplier to international food manufacturers. They are our main customers. These industrial buyers have a good understanding of the New Zealand supply chain integrity and have been communicated to regarding the increased security and testing.''

Lees says wine, kiwifruit, and apples are the exception to this, however.

He says this is the reason why last year's botulism scare did not have much of an effect on New Zealand dairy milk powder prices.

"I don't think this threat of poisoning some of New Zealand's export and domestic products will have any long term effect on dairy exports," Greig says.

"New Zealand has managed numerous biosecurity risks over the years with robust regulation and monitoring. The same is true of our food safety."

He says if anything this threat will increase vigilance by exporters, which may increase New Zealand's reputation for food safety.

"I am not surprised that this has happened. Our primary sector and export industry are very vulnerable to these kinds of threats and industrial sabotage. It is one more aspect of being competitive in a global economy."

Dr Malik Hussain, associate director of Lincoln's Centre for Food Research and Innovation does offer a note of caution.

"Continuously emerging food safety issues ruin the reputation of the company and country of origin. Overseas consumers and importers will not suspect only the product in the discussion due to a particular incident but their perception is of the entire food system in a country.

"This recent threat to deliberately contaminate formula with 1080 could be a typical food supply management issue. This reminds us that food safety management is a vital component of an entire food business chain, from raw material production, to processing, to distribution and retailing, and to consumption," he says.

"Contaminants can get it to our foods through un-intentional or intentional addition. One of the weakest links between a food business and consumer is the food supply chain (the distribution)."

The poison itself is an invaluable pest control tool.

Department of Ecology senior lecturer Dr James Ross says the cost of not using 1080 to control pests would be high.

He says 94% of kiwi chicks would not survive to maturity because stoats would eat them. It would also increase the rate of losses of other vulnerable birds on the mainland – we could end up with the situation where many native bird species only survive on predator free islands.

Ross says there has been a lot of research into 1080 which shows it to be highly effective at reducing pest numbers and the results are highly beneficial for the native wildlife.