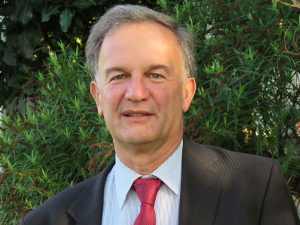 “Put it this way, if current product prices and currency levels remain as they are for the entire full season ahead then our calculations suggest that would translate into a milk price around $9,” he says.

“That is not our forecast. But it gives a sense of the current strength in the market.

“We have been of the view that product prices will ease from current levels over the coming 12 months as global supply responds to the recent run up in prices. That is what usually happens when prices lift, such are the dynamics of a typical commodity price cycle. But the chances of this response being reduced or delayed have increased.”

A very large rise in global grain prices over recent months has shifted BNZ’s thinking. For example, US corn prices have jumped nearly 40% over recent weeks to be well over twice what they were a year ago. “The speed of escalation is among the fastest on record, as strong demand (including from China) bumps up against some weather-related issues on the supply side, says Toplis.

“Such things will be worth watching ahead as an influence on the potential persistence of the current strength in global dairy prices. Likewise, weather issues also sees much more US pasture that is in poor condition compared to what is usually the case. In the UK, hay prices have ramped higher. Meanwhile, future NZ milk supply is likely to be constrained by environmental limitations.”

“Indeed, the current milk price to feed ratio in the US for example, suggests milk production growth is more likely to slow – rather than lift – into the end of this year,” he says.

“This raises the chances that recent global dairy price strength sticks around for a bit longer and any price decline is slower than would be the case had competitor costs not lifted so sharply.

“Even with our expectations of a higher NZ dollar, the above developments see us lifting our 2021/22 milk price forecast to $7.80,” he says.

Fonterra is set to announce its opening forecast milk price for the new season within two weeks.