Dairy on a winning streak 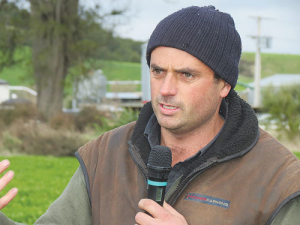 The dairy sector is on a winning streak, recently collecting a range of coveted awards.

From being named the best employers in the primary sector to sustainability superstar, the good work in the industry is being acknowledged, says DairyNZ’s general manager responsible dairy, Jenny Cameron.

“We are proud of all of our winners. They are up against hot competition in these awards which celebrate not only business expertise, but also the dedicated environmental work being carried out by so many.

“Dairying has also featured strongly as finalists among the various awards, and this is pleasing too.”

Cameron added that media coverage of the wins included last Sunday’s Country Calendar which featured the Rotorua dairy farm that won the 2018 Ahuwhenua Trophy for Maori Excellence in Dairy Farming. The farm is owned by Onuku Maori Lands Trust.

The Minister, Damien O’Connor, says of them: “They have creatively solved the age-old problem of work-life balance by investing in a rostering system that allows their workers ownership of when they work and what they do on the ground. They have also shared this knowledge with their community”.

Allomes is also a DairyNZ director.

The MPI Agmardt Primary Industries Good Employer Awards are set up to recognise exceptional employers in dairy, seafood, forestry, and horticulture sectors, which collectively employ about 350,000 people – one in seven working New Zealanders, and as many as one in three in some regions.

In this year’s NZI Sustainable Business Awards, presented recently in Auckland, dairy won two categories, and received the judges’ commendation in a third.

Matamata dairy farmer and chair of the Dairy Environment Leaders’ Forum, Tracy Brown, claimed the Sustainable Superstar award presented to a person who inspires and leads others to make a difference.

The judges said: “Tracy is a dairy farmer who has devoted the past 17 years to modelling and promoting sustainable farming. She set up her farm in a sustainable way long before it became mainstream… She is a human dynamo with great passion, commitment and guts… Sustainable dairying isn’t just Tracy’s job, it’s her life.”

The Transforming Food category went to the organic dairy farm Our Land of Milk and Honey, which also produces honey, and has a market garden. The farm is located in the foothills of the Sanctuary Mountain Maungatautari reserve in Waikato.

The judges said: “This organic dairy farm is modelling a different way of farming. Its focus is on carbon reduction and the interface between profit and environmental mitigation. It shows that farming can benefit the environment, community and economy.”

In the Efficiency Champion category the judges commended Fonterra for its plant in Pahiatua.