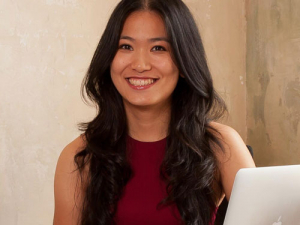 She told Rural News that Beingmate has lost its top spot in the Chinese infant formula market and the company is in turmoil.

Li and her Kiwi partner Simon Page are the brains behind the successful NZ Milk Bar corporate stores in China, operating since 2012.

She is also a senior China analyst for Auckland-based World Civilisation Forum, an independent organisation “facilitating better understanding between China and the rest of the world”.

Li says she doesn’t believe the Beingmate business can be saved.

“It’s time for the Fonterra board and management to come out and tell shareholders the full story,” she says.

“Fonterra bosses should also have the guts to admit that investing $750m in Beingmate was a wrong move.

“I feel for Fonterra farmers; that’s why I have decided to go public with my concerns.”

Wilson invited Li to meet in early 2017 in Auckland and says she had several follow-up meetings with Beingmate marketing executives where “they asked for my help to put a few issues to Fonterra leadership to address market difficulties”.

After the meetings she tried to relay the concerns to Fonterra China head Christina Zhu and marketing advisor Andrew Stone.

In her email to Wilson, Li wrote that Beingmate marketing executives were frustrated at Fonterra not building the Anmum brand in China.

“Beingmate tried to have constructive conversation with Christina Zhu but it doesn’t seem like she can do anything,” she wrote.

Beingmate was also concerned about the wholesale price Fonterra was charging for Anmum.

“Beingmate is aware that the Anmum landed cost in China is very low, yet Fonterra’s price to Beingmate is very high meaning the distribution structure is uncompetitive.”

Li says as a result of the high wholesale price of Anmum, retail outlets are not keen to sell the products.

When Fonterra announced the Beingmate deal, chief executive Theo Spierings said Anmum products would be sold in at least 1000 Beingmate stores and distributed into 80,000 other outlets via its distribution network; but penetration is so far well short of that figure and the outlets are instead stocking other brands with better margins.

Li said questions need to be asked on the due diligence Fonterra did on Beingmate’s store numbers at the time.

“There are certainly doubts in the market that Beingmate may not have had the store numbers they claimed,” she said. Li says patience with Fonterra among the ruling Communist Party is another concern for the co-op.

“After San Lu, the DCD incident and the false botulism saga, tensions were already strained. This terrible investment and public infighting won’t be rebuilding any confidence in Fonterra’s reputation or crisis handling ability. How many expensive mistakes can be tolerated over there?”