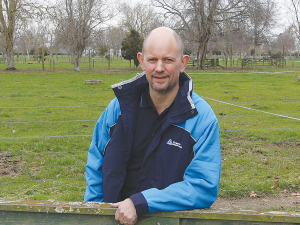 LIC chief executive Wayne McNee will step down in November.

LIC chair Murray King says McNee advised the board of his intention to stand down.

King says McNee has led the organisation through a period of significant growth and development across all areas of the business while delivering strong shareholder returns.

"Over the past year, Wayne and his leadership team led LIC through the challenges of Covid-19 and the co-op is on track to deliver record results for the fourth consecutive year."

McNee joined LIC after a stint as Ministry for Primary Industries director-general.

He is proud of what LIC has achieved over the past eight years.

"In particular the transformation of the business into a modern progressive co-operative, with significant improvements to the way LIC operates, major investment in digital capability and delivery, and working closely with the board to implement a share structure that is fit for purpose.

"I am proud to be leaving LIC in great shape for the future, which is critical given its role as the DNA of the New Zealand dairy sector. LIC is a unique agri-technology company which adds huge value to the New Zealand economy, and is increasingly playing a role helping farmers deal with the environmental challenges they face," McNee said.

King says the board will commence a search for a replacement immediately and expects a good talent pool of both internal and external candidates.