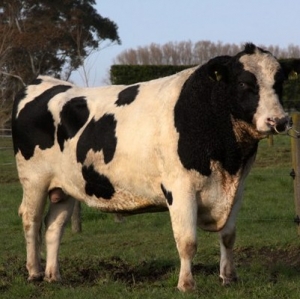 Shareholders in farmer cooperative, LIC, have voted in favour of transferring the core database to industry good organisation, DairyNZ.

The transfer was a recommendation of a dairy-wide consultation, held in 2009, headed by Professor Robert Anderson. A pivotal recommendation of the Anderson Committee was that the custodial and on-going developmental responsibilities for the New Zealand Dairy Core Database, until then discharged by LIC, pass to an 'industry good' organisation with no interest in utilising the database for competing commercial services.

LIC chairman, Murray King, said 88.2% of voting shareholders supported the transfer of the Core Database. The result of the vote was announced at LIC's annual meeting held in Hamilton.

The Core Database contains 46 fields raw data derived from New Zealand dairy farmers who herd test and which relates to calving, mating and production data. The LIC proprietary database contains more than 18,500 fields of data and remains the property of LIC.

"The core database is a strategic industry asset, built upon the commitment of thousands of dairy farmers who regularly herd test their herds, yet the benefits accrue to every dairy farmer in the country," says King.
"It is important to understand that the LIC database will operate in parallel and that LIC retains all ownership in cow Breeding Worth. Sire Breeding Worth will be made available on a royalty-free licence arrangement with DairyNZ."

King says the LIC board and shareholder council had exhaustively examined the issue and believed the transfer to the best outcome for LIC, and for the dairy industry.
"For all intents and purposes, business will continue as usual. The transaction is expected to occur within two years," he says.