No payrise for Fonterra directors 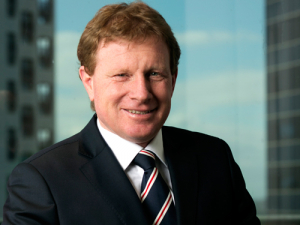 Fonterra directors and shareholder councillors will go without a pay rise for a third straight year.

Though the director remunerations committee has signalled a pay rise is on the cards next year, it recommends director and councillor fees remain unchanged for 2016-17.

Fonterra shareholders will vote on the proposal at the co-op’s annual meeting at Darfield next week (Dec 8).

The remunerations committee has six shareholders and is chaired by Waikato farmer David Gasquoine; the committee met in August to review board and councillor fees.

According to Fonterra’s notice of meeting, the committee reviewed the market trends for director fees and the workload expectations for Fonterra directors; and it discussed relativities between different roles, the nature of the company and the challenging conditions now facing shareholders.

“The committee believes it is important to set realistic fee levels, having particular regard to the broader market and the workload requirements, to ensure skilled directors are attracted and retained on the board.

But the committee notes that to attract and retain the best director candidates, and to align with the market, increases in remuneration will be required in the coming years.

On Shareholder Council fees, the committee foreshadowed a review of council wards with a view to reducing the number of wards and councillors.

“The committee recognises that if the number of Shareholders Council wards is reduced there may be an impact on councillors’ workload and expectations that may need to be addressed by the committee in 2017 when assessing appropriate remuneration levels.”

St John is a director of Fisher and Paykel Healthcare and the incoming chancellor of the University of Auckland.