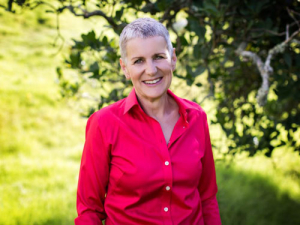 Nominations have opened for the 2019 Fonterra Dairy Woman of the Year.

Next year will be the eighth year of the award that celebrates women who have made outstanding contributions to the dairy industry.

Dairy Women’s Network chief executive Jules Benton says she is looking forward to 2019 as her first year of the awards.

“As the year of our 20th anniversary comes to a close [we’ve learned] that the role of dairy women has gone from being one of a silent force in the background to one where they are leaders, chief executives and board members in their own right.”

Benton says 2019’s recipient, who will be announced at the network’s conference in May in Christchurch, will be someone high-performing and recognised by her peers as a leader of influence in her community and beyond.

Human behaviour and leadership expert Loshni Manikam was named 2018’s Fonterra Dairy Woman of the Year in recognition of her dedication to growing leadership in farming communities and farmer welfare.

The award has been sponsored by Fonterra since its inception with recipients receiving a scholarship prize up to $20,000 to pay for a professional/business development programme.

Three finalists for the awards will be selected by a judging panel of representatives from Dairy Women’s Network, Fonterra, Global Women, Ballance Agri-Nutrients and a previous recipient.

Benton says anyone can nominate a network member for the award.

“You don’t have to be a member yourself to nominate someone.... Nominations through our website are encouraged from anyone – a neighbour, colleague, friend.”

Fonterra’s New Zealand industry affairs general manager Jo Finer says the cooperative is proud to support the awards and its celebration of high performers in the dairy industry.

“Each year we see outstanding women nominated, women who are passionate about the dairy industry, leaders across the sector and in their communities and networks, and who are contributing to the frameworks that will enable the next generation of farmers to succeed.”