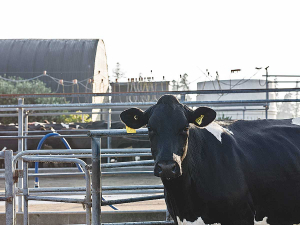 There are 15 countries involved in RCEP: the 10 members of ASEAN – Brunei-Darussalam, Cambodia, Indonesia, Laos, Malaysia, Myanmar, the Philippines, Singapore, Thailand and Vietnam; plus five of the countries with which ASEAN has free trade agreements, namely Australia, China, Japan, Korea and New Zealand. In trading terms, RCEP countries take over half of NZ’s exports.

Bailey says DCANZ welcomes something positive on the international trade front and says it’s been a tough time and is a good signal that countries are prepared to do trade deals, which will help aid the recovery from Covid-19.

“We believe that a more open market approach is part of the solution for economic recovery. But having said that, we are disappointed that India withdrew from RCEP,” he told Dairy News.

“We believe that was an area where there was real potential for improved market access for NZ and that India was the only country in the original RCEP group that we didn’t have a trade agreement with,” he says.

The official reason that India gave from withdrawing from the agreement was that it had concerns about the impact any trade agreements may have on its own agricultural sector. Malcolm Bailey says there appears to be some political concerns within India about the agreement, but he notes that there is a pathway for India to come back in to RCEP.

“All the projections relating to India show that with population growth, milk production and consumption, they will have a structural deficit and they will require more dairy imports over time. Interestingly, NZ doesn’t have a lot to spare given our commitments to many other markets, but as we look to the future, we think there is a place for NZ dairy in India.

“I say dairy – not just dairy exports – because there is the opportunity for cooperating on many fronts and the knowhow and technology can be shared,” he says.

Bailey says Covid doesn’t appear to have played any part in the conclusion of the RCEP agreement, as much of the negotiations took place before Covid became a factor. He says there is an active Indian Business Council in NZ and many companies do business with India.

“Earlier this year I was part of a trade mission to India, led by Winston Peters and David Parker, and so things are certainly going on there from a trade perspective. We have just got to continue engaging there at the right levels and look to see what we might do going forward,” he says.

Bailey says the RCEP agreement will result in some tariff reductions with Indonesia that were additional, which was good.

But he says elsewhere the dairy industry is relying more on some of the streamlined process that will make the trade easier and will address some of NZ’s concerns around non-tariff barriers.