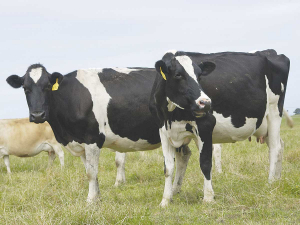 New research out of Queens University in Belfast suggests that a lack of access to pasture could be affecting cows' emotional wellbeing.

That's the conclusion that researchers at Queen's University in Belfast in Northern Ireland have come to in a report just published in the prestigious journal Nature.

Over the past year, Dr Gareth Arnott, senior lecturer in animal behaviour and welfare at Queens says their research shows the psychological damage that lockdown can have on human wellbeing, but notes that "livestock lockdown" may also damage emotional wellbeing in dairy cows.

"This study is the first of its kind to investigate whether dairy cows also have this judgement bias, and whether optimistic judgements can be used as an indicator of psychological wellbeing, which is important for animal welfare," he says.

Arnott says animal welfare scientists and dairy consumer have long been concerned that depriving dairy cattle of pasture access harms their welfare. He says pasture access can promote natural behaviour, improve cows' health, and cows given the choice spend most of their outside.

"However, the effects of pasture access on dairy cows' psychological wellbeing have been poorly understood."

Cows out; sheep in!

In a move that illustrates the current parlous state of the dairy industry, the country's biggest farmer is pulling out of dairy and moving into sheep milking.

Scientists at Massey University have confirmed what farmers have known for years: cows do not like to walk uphill.

US cows happy in compost

Cows can dance for joy or stretch right out in deep, peaceful sleep because of the comfort of compost-bedding pack barns, says Maury Cox of the Kentucky Dairy Development Council.

Continuously doling out freebies and subsidies to various sections of society, the Punjab government in India has now decided go a step further and provide free-of-charge power to cows.