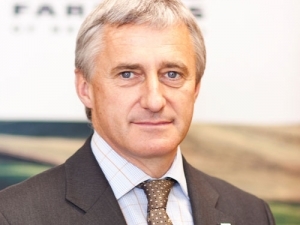 Federated Farmers says today's signing of the TPP is a significant milestone for the New Zealand economy.

Feds President William Rolleston says the agreement may not have delivered everything the sector desired, but the scale and its importance to New Zealand is undoubtedly profound.

"As a founding member, the signing of the latest TPP agreement introduces another chapter in our proud history as a trading nation," he says.

"For the primary sector, the TPP offers diverse opportunities not only for agriculture but for future generations of New Zealanders and their prosperity. You only have to look at the current state of dairy prices to realise the vital importance of opening up new export markets and ensuring a level playing field for New Zealand exporters.

"A bipartisan political approach to free trade and deregulation over recent decades has delivered significant benefit to all New Zealanders. As a small agricultural nation with a domestic market the size of Sydney we rely on access to overseas markets. A rules-based trading system which TPP delivers is vital to avoid us being the victims of a trade war we could never win."

Federated Farmers is asking Andrew Little and others in the Labour opposition to maintain an open mind on the deal. The agreement is supported by not only past Labour leaders and trade negotiators, but by so many of New Zealand's largest industries including agriculture.

"We hope that the agreement will have the support of future governments. The nation needs that certainty," says Rolleston.

"As a result of TPP we will be around $259 million annually better off as tariffs are lifted on 94 per cent on all exports.

In addition to tariff reduction, Federated Farmers is pleased that the TPP will also allow for a reduction in non-tariff barriers to trade, give more certainty to investors and will ensure fair access for New Zealand firms doing business in TPP countries.

"The Asia Pacific region is the fastest growing in the world and forecast to grow by 3 billion in the next three decades, it also presently accounts for 40 per cent of the global economy and is worth $28 billion of our total trade.

"Markets within it present opportunities for agriculture especially when you consider the increasing affluence of these countries and consumer demand for dairy and red meat produce- our nation's bread and butter.

"If we are to continue flourishing as an agricultural exporter we need to be at the big table where those more powerful, wealthy nations we aspire to trade with preside," says Rolleston.