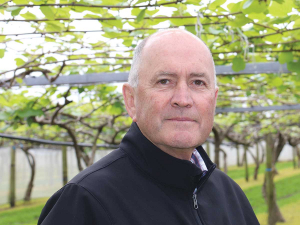 However, like others in the primary sector, it faces some hurdles during the next few years due to Covid-19.

HortNZ chair Barry O’Neil says the sector has got all the elements of success going for it – such as land, climate, great soils and a world that wants to consume NZ horticultural products. But he concedes that the sector still has to get through at least the next couple of years, which he says will be characterised by ongoing disruption to supply chains caused by Covid.

O’Neil says shipping schedules are being disrupted and space is limited, which means it is taking longer for perishable goods to get to market. He says exporters depending on air freight have to face the problem of the drop off in flights because only freighters are carrying their cargo now. This has resulted in a significant increases in costs compared to what was previously the case.

“I believe the schedules of shipping and airlines won’t be back into normal in 2021 and it think it will be early days if they can get themselves better placed in 2022,” O’Neil told Hort News. “But even then it will still be a struggle for them. Unfortunately, I think that until we have got confidence in a vaccine I can’t see the situation changing overnight.”

O’Neil says some sectors, such the kiwifruit, are better placed than others because Zespri charters a number of ships to carry its produce to Asia and Europe and those direct charters will be less affected. He says other hort sectors have tried this but believes there is a need for smaller groups to work collectively to see if they can also charter refrigerated container ships like Zespri.

“I think the Government will more likely support that type of water storage approach, whereas in the past there has been concern about the end user of the water.”

Not surprisingly labour looms as another big challenge for the horticulture, with a reduction in the number of recognised seasonal employers (RSE workers) coming into NZ from the Pacific due to Covid. O’Neil says there is a need for automation to do some of the more physical manual jobs because of the lack of RSE workers.

While much has been made of getting NZers to take jobs in horticulture, he says that not all workers are fit enough to handle the physical intensity of some of the work which the RSE workers are capable of doing. There is the issue of money with claims that pay is not always good.

However, O’Neill points that there is good money to be made – up to $30 an hour – for people with skills and a good work ethic. But it’s not only money – the seasonality of the work and need to relocate to do the work is an issue.

“For example, cherry growers in Central Otago don’t have a residual labour force that is on their back doorstep to come and pick their cherries,” he told Hort News. “The closest centre is probably Dunedin.

“As a sector we have do a whole lot more work on how we can offer permanent roles. For example, if the different horticultural sectors could club together and end up offering effectively permanent work and good accommodation the problem could be solved,” O’Neil says.

While a recent MPI report notes that prices for horticultural exports in 2021 will top the $2 billion mark, there is no guarantee that growers will see extra dollars in their pockets.

"The only light at the end of the tunnel is whether the prices for NZ quality, tasty, safe, nutritious product will go up as well," he told Hort News. "We saw that this past year in a number of our markets where consumers were willing to pay more for our products because of the health aspect of them and the change to a more fresh and healthy diet."

O'Neil says everyone is concerned about the global economy due to Covid and whether consumers will have that discretionary spend in their pockets especially if they don't have full time work.

"On the face of it, unfortunately, it looks like growers will have increased costs and possibly not the corresponding increase in returns."

FePs at a glance

Farm Environment Plans (FEPs) are now recognised in legislation as a way for growers to assess their environmental risks, act where required and demonstrate progress on environmental objectives.