How kiwifruit growers coped with Covid 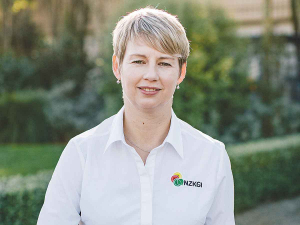 This is despite the problems created by Covid-19.

But the growers organisation says labour still remains an issue for the industry with the possibility of fewer backpackers coming to New Zealand. NZKGI says backpackers make up about 25% of the current workforce, but they are now less likely to come to NZ in the present Covid environment.

Recently, the Government announced that $200,000 was being invested to help train people for jobs in the kiwifruit sector and make up for the shortfall of overseas workers – especially backpackers.

“The reason that backpackers work so well is they are only looking for short term work – between 2 and 12 weeks – and we can give that to them and they are not looking for any more certainty than that,” Johnson told Hort News.

She says this raises the issue of NZ being able to bring in workers from the Pacific Islands under the Recognised Seasonal Employer or RSE scheme. These people fill seasonal roles in various horticulture operations, including kiwifruit.

Due to Covid-19 closing borders, there is uncertainty about whether this may continue in the short term. Johnson says in this past season, the kiwifruit industry was unable to bring in many RSE workers when the border closed in March. However, the sector was able to utilise the services of some other RSE workers who’d been employed in other horticultural sectors and were stranded in NZ.

There is now a concerted effort by government to get more locals to take up employment in the agricultural sector. Career opportunities are being promoted and training offered. In the case of kiwifruit, Johnson points out that over 50% of the normal workforce in the industry are New Zealanders and they are an important part of it.

“Since Covid, we were lucky in finding people that were interested and we were able to place them in jobs.  We operated a labour coordination centre where we had hundreds of people on our books that we were emailing every week,” she told Hort News. “We would ring packhouses and contractors and ask ‘do you have any vacancies?’ and we would tell those people where the vacancies were and so put quite a lot of effort into matching up people with jobs.”

But the challenge for kiwifruit, as it is for some other primary industries, is that many of the jobs are seasonal – something that Johnson recognises. But she says there are more opportunities now for people wanting permanent roles.

“Clearly there is a preference for permanent roles because that gives them certainty around their future, but because of their seasonal nature of our industry we can’t necessarily provide that.”

Kiwifruit exporter Zespri has reported a record 2020-21 season, with bumper tray returns across all categories.

Kiwifruit is a Kiwifruit is a key sector for the country's horticulture industry and contributed almost $2 billion to communities across NZ in 2020. Covid-19 has thrown a major spanner into the country's harvests by severely limiting the number workers, many of whom would usually come from overseas. Mike Murphy of NZ Kiwifruit Growers Inc. talked with Bay of Plenty grower and employer Sean Carnahan about the challenges.

In a matter of days, kiwifruit growers organisation (NZKGI) chief executive Nikki Johnson will leave her role at NZKGI.

Sustainability is a word much bandied about. It means different things to different people or organisations. One company that has…

Horticultural exporters, growers, food companies and industry leaders are demanding that the Government develops a plan to allow Pacific Island…

Much of New Zealand’s best vegetable growing soils are being eaten away by housing and lifestyle blocks, which will increase…

The lure of kiwifruit helps with conflicting passions

Robbie Ellison describes himself as a fisherman with a kiwifruit orcharding habit.