How McDonald's changed a farm 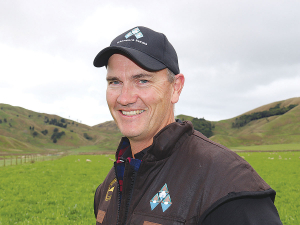 A large East Coast Māori-owned farm has the McDonald's restaurant chain to thank for its recent improvements.

Last year it became the first farm outside Europe to win McDonald's ‘flagship’ status – one of only 29 to do so. Peter Burke reports on a recent visit to Whangara.

Always a special farm, this year it has gained another accolade by being named as one of three finalists in the Ahuwhenua Trophy competition to determine the top Māori sheep and beef farm.

The 8300 (6900 effective) property winters 50,000 sheep and about 6500 cattle. It’s a mix of steep and flat land with 17 full time staff. Whangara has contributed a lot to R&D in the region. It’s has been a Beef + Lamb NZ demonstration farm, a BLNZ innovation farm and a BLNZ beef progeny test site. It’s also a Farm IQ focus farm and AgResearch has pasture and forage plot trials there.

According to manager Richard Scholefield, Whangara has always sought to lift its game. For example, five years ago McDonald's asked them through their processing company, Silver Fern Farms, if they would be willing to do a project to improve their beef cattle operation. The project also involved BLNZ.

“Like most people we imagined it would be about more money for us so we said we’d have a look at the idea.

“We looked at what they were after and it was about modelling and sustainability as a whole farm and how it relates to beef cattle in particular.

“It was a three year project to analyse the effects of the cattle on the farm.”

Once started, Scholefield says they quickly realised they needed to complete their land environment plan to a higher standard. They brought in a consultant to help and the result was a ‘gold standard’ plan.

“It’s a major document that has mapped every part of our farm and also looked at land capability. For us it’s a guiding document and has changed the way we think. We were always big on sustainability, but this lifted our game to a new level and changed the way we look at things,” he says.

Mexican children will find a surprise in their McDonald's Happy Meals from this weekend – a delicious Zespri SunGold Kiwifruit from New Zealand.

Kiwis eating chicken meals from McDonalds need not worry about overuse of antimicrobials in poultry.

McDonalds has announced it will only source animals raised without antibiotics that are important to human health.