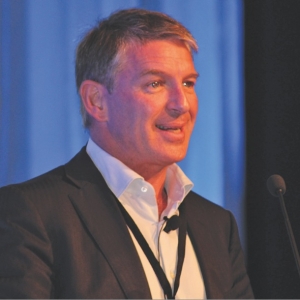 US ICONIC company McDonald’s may have dumped lambburgers – but a thriving New Zealand fast-food company plans to take on the land of beef and burgers on its home ground.

After a successful drive into the Middle East, Burger Fuel, whose premium burgers are based on New Zealand beef, is strategising to enter the US, says New Zealand Trade and Enterprise chief executive Peter Chrisp.

“Talk about coals to Newcastle,” Chrisp joked at the GoGlobal conference for exporters in Auckland recently. “Burger Fuel is not just premium quality but they get a premium price, built fresh on Anzco beef.”

He was using Burger Fuel as an example of food and beverage going premium and leveraging the New Zealand story. Chrisp cited it as a big trend in future exporting along with more processing of our primary produce: food processing has grown 15% annually over the last 10 years.  Food research and development is also growing and he is excited to see Callaghan Innovation enter the scene. “They are going to get behind a lot of companies and accelerate that innovation.”

The digital sector in New Zealand is also on the up, he said citing another company involved with the primary sector – TracMap. “They have generated a 20% increase in the productivity of fertiliser application by using GPS technology…. This is the story of this country; because we have been isolated a long way from the world, because we are small, we’ve got this ingenuity built into our DNA.”

Chrisp said another trend is working together. The big models such as Zespri and Fonterra have done a great job of building scale by collaboration, he said. But we are now seeing smaller companies sharing to build brand or the development costs of the supply chain. Some are sharing as they get to the market, others earlier in the process, in research and technology. “This not in our DNA to do this – this is counter DNA – but it is really important.”

There are a lot of opportunities, Chrisp said, but New Zealand is limited by scale – an export “peanut”. People are changing their business models, going premium and becoming design-led.

Australia: facing problems but still the best first market and an extension of the domestic market.

Phil O’Reilly, chief executive of BusinessNZ, said ASEAN  presents big opportunities for us. But some of those countries are the hardest in the world to do business with. “So some of the challenges for ASEAN is about where you go, how you de-risk your process.”

But with Australia facing headwinds and Europe in difficulty, it is time to look at growth opportunities in less obvious areas. He is seeing increasing confidence among New Zealand businesses. They have accepted the “new normal” and decided to be successful in spite of issues such as traditional markets in disarray or the high dollar.