What’s happening in the wool market? 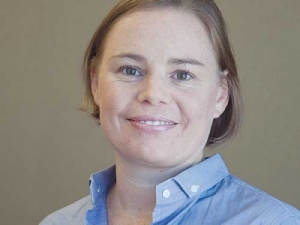 This month we catch up with Rabobank commodity analyst Georgia Twomey, who is responsible for analysing developments in wool markets.

She is one of Rabobank's 80 food and agribusiness research analysts worldwide.

Wool has had perhaps its best season since the 2011-12 wool price spike. What has driven this strength?

The depreciation of the NZ dollar has had a critical role to play in the price performance of NZ wool over the past year. In saying that, even in USD terms, the New Zealand coarse crossbred indicator has certainly performed better than both other competing fibres and more broadly against many other commodities globally including oil and other agricultural commodities. The demand for particular wool types has helped to strengthen some prices to record highs. Although retreating from its peak so far this season, lambs wool, for example, continues to shine, with the average price to date around 700c/kg clean, some 6% above last season's average and some 36% above the average for 2013-14.

Why has wool outperformed many other fibres and commodities?

Abundant supply of a number of hard and soft commodities, and a strong US dollar, has been keeping a cap on many global commodity prices. One of the most relevant in relation to wool is of course the oil price, which in its fall to 12-year lows has dragged synthetic fibre prices down with it. This has made the relative strength of wool prices even more interesting. The high stocks pressuring a number of global commodities, such as oil and cotton, have not and are not expected to present an issue for wool. At the International Wool and Textile Organisation Congress in Australia this month it was reported wool stocks through the pipeline are expected to fall in the next 12 months and with global wool production forecast to drop year-on-year, supply is set to tighten.

What demand factors have been driving the market; can the strength be maintained?

Trade in interior textiles has in recent years stabilised following a number of years of decline in most types of wool carpet trade. This stabilisation and recovery in some segments will have contributed to the improved prices for coarse crossbred wool in recent seasons.

Those wools that have fed the demand in the wool processing system for products like outerwear experienced record prices in 2015. While they have dropped back from their record levels, they remain above long term average prices. Whether this can be sustained is reliant on continued strong demand for those types of products from consumers. The slow growth environment will certainly present headwinds, however positive consumer growth in key wool consuming markets is positive.

What might the slowdown in China mean for textiles?

China is a major factor in wool's 2016 outlook and beyond, with much of the world's wool processing and an increasing amount consumed in China. Over half of NZ wool is exported there each season, making it a crucial market. The momentum for their transition away from a manufacturing based economy to a consumer based economy looks set to continue, reinforced in the nation's recently adopted 13th five-year plan. However for textiles it is unlikely this will be rapid. While textile hubs continue to grow in other parts of Asia and NZ, wool exports to Europe are increasing to date. China's share of the world textile market remains dominant and will likely remain that way for some years.

What about the Merino market in Australia?

Prices for fine wool in Australia have lifted, largely because of a weaker currency. Premiums for these types remain below average however because the Australian supply of wool finer than 19.5micron, although back marginally year on year, remains high. This excess supply has capped the upside price opportunity for these types, while mid micron Merino types in Australia, on the back of continued erosion of volumes, have performed better.

What is outlook for NZ wool?

There are definitely headwinds for the sector, such as the potential for sustained weakness in competing fibres and the impact of slower world growth on consumption. However, the dollar is playing an important role in the improvement of returns to NZ woolgrowers and if that depreciation continues there will be opportunity for continued strong prices.

• Georgia will be visiting New Zealand during the week of April 18-22 to speak at Rabobank branch functions in the North and South Islands. If you would like to learn more, contact your local Rabobank branch on 0800 722 622.