Wool event should be a fixture – RWNZ 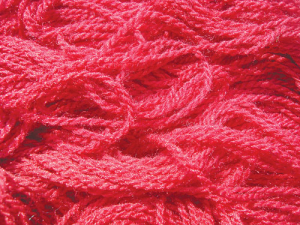 The event dates back to the 1959 when it was known as Fleece to Fashion. It has gone through many incarnations including as part of Alexandra Blossom Festival.

But now a new committee has set up a stand-alone registered charity and wants to clearly link the fashion show with the fibre’s connections with the land.

The first event under the new committee was held on May 27, with Gore designer Viv Tamblyn winning the supreme award.

Pullar says they see WoolOn as an opportunity to open people’s minds to the possibilities of wool.

“In New Zealand there is this idea within the fashion industry that Merino is the wool of fashion,” she says. “We would say that is not actually the case because on the catwalk all types of wool are used in these garments within the categories.

“The only criterion in the competition is that your garment must be 75% wool. There are various sections such as avant-garde, hand-knitted, special occasion, streetwear, under-23, felt… you see different uses of the fibre.

“We are keen on showcasing the connection between land, people and the fibre and the creative talents of individuals and how you can use the wool fibre.”

The WoolOn organisers know more education is needed about wool, “particularly on the attributes of wool – it is flame resistant, it purifies the air, it is great for moisture management and thermal control, odour control, etc.”

Many people are not aware of these attributes.

“To return more money to growers we have to be more innovative about these products and how we add value,” says Pullar.

“When you are competing on a global stage you must find a point of difference.”

WoolOn is unique among fashion shows in its focus on one fibre. And it is based in Central Otago with its strong history of wool for fashion. It dates back to the late 1970s and Eden Hore, a high country farmer who saw the potential for use of the fibre and promoted it through fashion.

It connected the Central Otago landscape and wool production process with the fine talent of designers who create something special out of wool fibre.

Pullar says the group planning to take WoolOn forward are very keen on that connection for wool and the educational element.

“A couple of the judges commented they thought the show was of world standard. That was exciting for us.”

They will look for more entries for the next show and more national and even international media attention. One Hong Kong designer who entered won two highly commended awards.

Having Rural Women as a naming sponsor this year also helped connect the event to the rural community.