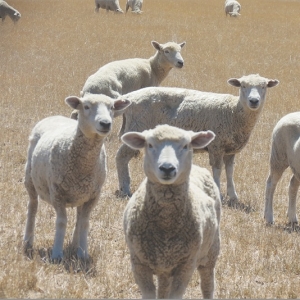 Drought-affected farmers are being advised to look at reducing stock numbers.

Farmers must act now if they are to cope with the effects of a predicted drought, Lincoln University experts say.

But they also need to be thinking long-term, with more dry spells looking likely.

Chris Logan, animal programmes manager at Lincoln, says it seems the Canterbury region may be in for a hard drought of a kind not seen for decades.

‘’If they don’t have other contingencies in place, farmers must look at reducing stock numbers to their winter stocking rate as fast as they can. That probably means taking a lower price than they would have liked, but at this point there is not much option. ‘’

He says the alternative is that farmers will have lower lambing percentages next year – which means this year’s problems simply compound next year.

“Getting space in the works is going to be an issue.  If you have a good relationship with your meat company that is going to help,” Logan adds.

“If you’ve shopped around over the last few years and have not built up that relationship, then you will probably need extra feed just to hold your animals until you can get them away.  So look to get feed now if you can.”

He says sourcing off-farm grazing is another option, but it comes at a cost: in grazing and transport charges per head, and greater animal health risks when grazed-off animals return, as well as reduced management and nutritional control. ‘’Whichever way you look at it, we are in a loss minimisation situation now.’’

“The pundits tell us climate change is likely to increase the frequency of dry periods so farmers need to be thinking about how their system is set up to cope with variability in weather patterns.’’

Bywater says the start of a drought is not the best time to start thinking about how to cope with a dry spell. “By the time we realise we are in a drought, it’s usually too late to do anything about it without it costing an arm and a leg.’’

He says farmers need to have flexibility built into their farming systems and know their ‘trigger points’. “Know what your policies are when it gets dry – and when it’s a good year, then monitor the situation every week and react when you have to.”

He says farmers have to ask themselves how risk averse you are.

“If you don’t like risk, react sooner when it’s getting dry, maybe when soil moisture reaches 15% by volume – even though at that level pastures will still be growing.  If you can take a bit more risk, wait until it reaches 10% but that’s pretty much on the edge.  Whatever your trigger is, when you reach it, act. Don’t wait.

“Our research shows us that if farmers react to their moisture triggers instead of hanging on in the hope of rain, they will reduce the variability of performance year to year and maintain higher profits.”

Bywater says this depends on having the ability to react. “There are only two choices: stock you can get off the property quickly, or feed for them.  Older cattle are about the most flexible stock you can have so we recommend a reasonable proportion of stock units in older cattle.’’

Farmers must look at systems that perform at a high level and have the flexibility to adjust to a dry year without a significant loss in profit — ‘’systems which are ‘resilient’ if you like’’.

He says one of the best ways of handling summer dry periods is to grow lambs quickly so that many, or most, are gone before the risk of dry weather gets too high.

‘’That means high quality feed, which is what you need for high performance anyway. One way of improving feed quality is to increase your stocking rate so that you can control pastures better and keep them in an actively growing state.  It also gives you options in good years.  But that of course increases the risk when it gets dry.  So you have to have the ability to react when you need to.”

Southland teeters on the brink

While Hawkes Bay and other parts of the country are suffering drought, Southland is facing different problems.

Animal health and welfare issues are likely to emerge soon as Hawkes Bay farmers try to cope with the effects of what is believed to be the worst drought in the history of the region.