All the gear to raise lambing 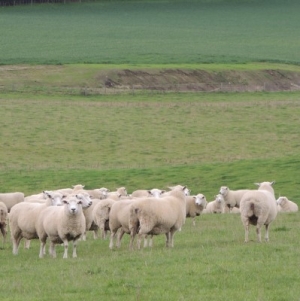 Whether you have a ewe with a bearing, a ewe you want to take a lamb to, or a ram you want to use as a teaser – it can be harnessed, says Rurtec.

The company says its Bearin prolapse harness, developed with international veterinary input, combines the effectiveness of the old style rope design, but with modern straps for ewe comfort and snap lock buckles for easy fitting.

The new hybrid design has been tested onfarm in Europe, the US and in Wairarapa, says principal Ian Carr. Canadian vet Sara Sutherland, now working in Wairarapa, gave valuable input.

“The local result saw farmers lining up to buy ten each for this lambing. A big part of their effectiveness is in preventing the ewe from straining, with the neck strap tightening when she drops her head.”

The harnesses can be pulled out year after year, giving many uses to ensure the initial outlay is more than returned, Carr says.

“It was born out of finding a better way to tether ewes, rather than using ram harnesses as Andy Freeman was doing in his Beef + Lamb supported ‘Two per Ewe’ programme. This new harness allows ewes to be held via the back strap and neck strap against a fence or rail.

“When the ewe becomes more lamb friendly the neck strap can be released from the fence to allow nuzzling and eating.  It is a great option for those that don’t have stanchions or similar and it can be stored for reuse year after year.”

And Rurtec’s No Mate harness can be attached to a Matingmark harness to temporarily prevent mating.

“This means the same rams can be used for teasing and for mating, rather than having to have some vasectomised.  It also allows nomadic farmers to run rams with ewes, something that has gained the attention of the Chile government in particular.”

Carr says the genetic gain in New Zealand’s sheep flock in recent years has been impressive and more farmers are now using ram hoggets for further acceleration in productivity improvement.

“Rurtec now has this covered, with a new smaller version of the world’s best breeding harness,” he says. “You can now check the coverage and more of these young lads with a small size Matingmark harness.”

Spring in step of sheep researchers