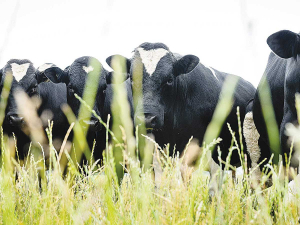 The changes are part of the third stage of updates to New Zealand Animal Evaluation Limited (NZAEL), the genetic evaluation system which helps farmers make better breeding decisions for their herds.

From December, new enhancements to the national animal genetic evaluation system will benefit Kiwi dairy farmers when they are selecting bulls.

The changes are part of the third stage of updates to New Zealand Animal Evaluation Limited (NZAEL), the genetic evaluation system which helps farmers make better breeding decisions for their herds.

As part of the change, a new functional survival breeding value (BV) trait will replace the existing residual survival and longevity traits in the system.

The functional survival trait will better account for a cow’s ability to survive in the herd across different stages of life. The fertility trait used in the system has also been updated to draw on new data on the timing of calving. It assigns higher fertility scores to cows which calve earlier in the season.

The enhancements are being overseen by NZAEL, a DairyNZ funded subsidiary.

“The project’s aim is to provide a modern, nationally consistent, independent genetic evaluation system for dairy cattle,” says NZAEL chair Mark Townshend. “Ultimately we want to enable farmers to breed cows that are more efficient at converting feed into milk and profit. Cow survivability is an increasing consideration within breeding worth. The project has benefits for both our environment and economy.”

Higher milk prices have also resulted in the breeding worth (BW) of many sires in the system increasing, particularly for younger stock.

"From 11 December, farmers may see their animals rank differently on BW in reports from their breeding companies as genetic evaluations become more accurate, and to reflect changes in economic values as a result of an increase in milk prices,” says Townshend.

Sires born from 2015-2019 will see an average lift in BW of $40 to $77. Older bulls are also expected to see a lift in breeding worth, although some older bulls may devalue due to a higher economic weighting on milk solids and changes in breeding values.

The staged upgrades to the software system have been tested by a New Zealand Farmer Advisory Panel and peer reviewed by a scientific advisory committee, which includes international animal genetics experts.

“The investment in improvements to NZAEL will help New Zealand dairy farmers breed better cows and this will help improve the competitiveness and sustainability of our farms.”

Holstein Friesian New Zealand general manager Cherilyn Watson says New Zealand dairy farmers have significant capital investment tied up in their farms and their herds, so it is important that farmers are seeing their herds improve genetically and increase in value.

“The changes that NZAEL are implementing in December 2021 will provide more accurate predictions of herd performance for farmers, allowing them to make more informed breeding decisions for the future.”

The next planned stage of the upgrade will include incorporating animal genomic data in the national evaluation system.

LIC chief scientist Richard Spelman says the co-operative is looking forward to implementing the changes in its genomic evaluation which generates evaluations for artificial breeding bulls and animals in MINDA.

“We’ve been working alongside NZAEL on these changes for over a year and are looking forward to providing farmers with enhanced evaluations. Although farmers will see their animals’ indices move following the December animal evaluation run, the overall outcome will be a more accurate prediction of an animal’s performance.”

“These improvements will allow us to make more accurate decisions in our breeding programme and help farmers build a herd that is healthier and more efficient faster. Longer lasting and more fertile cows will result in higher lifetime production on farm and support farmers to increase profitability while reducing their environmental footprint.”