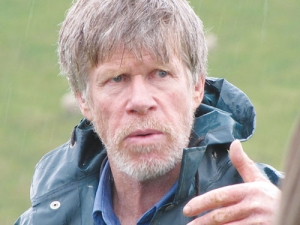 Vet Trevor Cook says the FE outbreak is one of the worst to hit the central North Island.

Totally Vets consultant Trevor Cook says the outbreak of FE is one of the worst to hit parts of the central North Island. In some areas the losses from clinical FE are "horrendous" and some spore counts are the highest ever recorded.

"The consequence is that we will see lower pregnancy scannings because [FE] was still very prevalent around mating time for the ewes," Cook told Rural News.

"The whole challenge has had a huge effect on ewe ovulation rates and in the longer term ewes with liver damage when pregnancy comes will struggle to maintain condition.

"We expect to see more ewes dropping off as pregnancy progresses because they aren't up to delivering the needs of a pregnancy. The losses from the purely clinical cases will always understate the numbers with liver damage."

Cook is surprised that some so-called FE-tolerant sheep have developed clinical signs of the disease.

"What's always intrigued me is that areas that have never had FE before have it now. It seems that fungus has been there all the time; it's not like someone walked it in on their boots," he says.

Cook believes the reason for the massive outbreak is the consistently high minimum temperatures rather than hot weather combined with rain.

Another Vet, Martin Walshe, of Hunterville, near Taihape, says in areas around him which have been dry FE has not been a problem. But farms that got rain in early March have been hit.

Walshe says once a sheep's liver has been damaged by FE all a farmer can do is try to maintain the animal's health and minimise stress on the liver.

"If a ewe has liver problems, especially around lambing time, it's a bit like trying to pump water in summer; if you haven't got enough water you have a problem," he explains.

"A sheep's liver is much the same: if it's been eroded to the point that it can't do what it needs to do for twin lambs, then the ewe has a problem."

And in some farming environments sheep may be getting FE but not showing clinical signs. However, over a number of years insidious damage will be occurring in the liver of a sheep and suddenly it will fall over because it has chronic FE.

Depending on how badly individual sheep are affected, some may be able to perform adequately in the future, he says.

"We are telling our farmers to identify all the sheep that are poor and in light condition and have clinical FE at this stage. Over the next six weeks, if they recover well it's probably worth taking a punt on them. However, if they don't recover or they end up in poor condition with twins, then they should be culled at scanning time," Walshe says.

BEEF + Lamb NZ has been closely monitoring FE spore counts and posting updates on its website.

BLNZ general manager farm, Richard Wakelin, says this is one of the most widespread outbreaks of FE he's ever seen. It has been a hot topic at the industry good body's field days.

Like others, he believes the weather is problem. But on the East Coast of the North Island there were different circumstances.

"Many farmers had prepared for a dry El Nino weather pattern and destocked, but that didn't come so there was a lot of old material in the base of the grass that harbours the spores," Wakelin says.

"Then as the pressure came on, in the latter part of the season, when they were grazing harder, animals were grazing in those spore affected areas."

He says the recent outbreak revived memories of Gladys Reid, credited with discovering how zinc sulphate protected animals' livers from FE. In the 1970s and 80s Reid was denounced for her idea, but finally her cure was accepted by the scientific community.

Wakelin believes the Gladys Reid saga is one of the great stories in NZ farming.