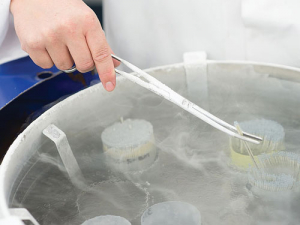 The results clearly showed a still substantial difference between sexed and conventional frozen semen: the sexed semen was, on average, 13.3 % down on non-return rates (NRR) compared to standard conventional straws. NRR refers to the proportion of cows not subsequently re-bred within a specified time after an insemination.

With getting cows in calf being one of the most important aspects of dairy farmers’ seasonal focus, the reproductive implications of a reduction in NRR by 13.3% is significant, says Hamill.

“These cows would remain in the dry paddock for at least three more weeks. The reduction in the reproductive performance among the herd may be too great for most farmers contemplating using frozen sexed semen.”

LIC ran the frozen sexed semen trial with Sexing Technologies, the only supplier of sexed semen in New Zealand, using multi-head technology that allows it to sort semen faster and up to four million cells per straw.

Hamill says improvements in the technology of sexing semen are well documented and there was a good deal of anticipation and excitement about what the trial results would show.

LIC had hoped to see the technological improvements reflected in better NRR for dairy farmers. Using sexed semen for breeding has advantages. For many years dairy farmers have been excited about the possibility of using sexed semen to drive genetic gain within their herds, says Hamill.

“This makes sense, because it enables farmer to get more heifer calves from their top performing animals.”

The above factors were key drivers behind LIC’s desire to participate in the trial with Sexing Technologies.”