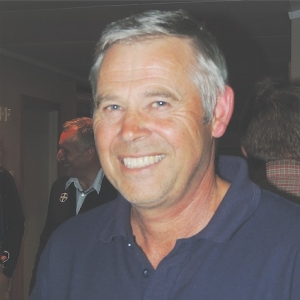 With mating only weeks away for earlier lambing flocks, around the country vets are reminding breeders of the perennial risk of toxoplasmosis and campylobacter, and relaying tips to boost fertility in the face of the dry.

“In years like this it’s not so much about maximising profit but minimising losses,” Vetlife’s Fairlie-based vet Andrew McLaughlan told a seminar in the drought-stricken South Canterbury town last week.

With feed short for most, “there is an alternative to flushing and that’s to use drugs,” he suggested, alluding to products such as Androvax, which needs to be injected 8-10 weeks pre-mating and boosted four weeks before the rams go in the first time it’s used on a flock.

“You can reliably increase your lambing percentage by 20% with these products and they are cost effective so I’d advise you to investigate the option. It may mean you can use the feed you would have used to flush ewes for your twin bearing ewes at the other end of the gestation.”

A single shot four weeks out from mating is the label recommendation where Androvax has been used in previous years.

“Among the other things you can do is try to decrease losses in your pregnant ewes and there are two tools to do that which have been available for a long time and are well proven,” he continued.

Those tools are vaccines for campylobacter and toxoplasmosis. They help prevent abortions, stillbirths and/or weak lambs down the track but they need to be administered before mating.

“It takes four weeks for [toxoplasmosis] immunity to develop so you’ve got to be vaccinating four weeks before you put the ram out,” he stressed.

Research has shown every sheep farm in New Zealand has toxoplasmosis present. Mice, rats and cats are co-hosts, the latter generally posing the threat to sheep.

“Young cats or sick cats have the ability to crap out huge numbers of oocysts,” he warned. Those oocysts contaminate pasture and conserved feeds such as hay or baleage and when ingested by a ewe not previously exposed or vaccinated, cause abortion.

“The good news is you only need to vaccinate once for life but if you are going to vaccinate hoggets they need to be well grown, over that 35-40kg mark,” advised McLaughlan.

As a live vaccine it needs to be ordered in advance and used promptly following purchase.

“An annual booster’s really required to get that last 2-3% of lambs tailed.”

Despite widespread vaccination, the disease “hasn’t gone away”; flock tests show 88% of farms have been exposed and on those farms half the sheep, McLaughlan said.

“As ewes get older there’s more chance they’ve been exposed to disease antigens so there’s an increasing chance of immunity.”

However, there are lots of strains of the disease and it is highly infectious, so if one ewe aborts in a mob, it can spread and cause substantial losses.

“Abortions occur one-four weeks after infection. Basically foetal death is what causes the abortion and it’s most likely in the last six weeks of pregnancy.”

“Lack of iodine has a severe effect on the ovaries,” warned Pulford.

Deficiency may be due to low levels in feed, or goitrogens in feed which prevent uptake of the mineral by the animal.

Extreme deficiency will be seen as goitre – grossly enlarged thyroid glands causing swelling at the top of the neck – but Pulford warned “there may be no obvious signs of deficiency in a flock.

“The first indication may be weak or dead lambs and by that time it’s too late.”

Diagnosis is difficult and often only achieved after a poor lambing when post-mortem comparison of thyroid gland weight to lamb weight finds there’s more than 0.8g of thyroid per kg of lamb weight, he added.

Death is typically due to hypothermia caused by a low metabolic rate due to lack of iodine and consequent poor heat generation.

That can be achieved with three well-timed drenches but each will only boost ewes’ iodine levels for about six weeks, whereas a Flexidine injection provides 200 days cover from a single treatment.

Injected into muscle, the iodine is slowly released so needs to be given four weeks pre-mating to allow levels to build up for maximum benefit, he advised, but one jab would be enough to boost ewes’ and hence unborn lambs’ iodine supply all the way to lambing.

However, toxicity from oversupply is a risk so levels should be checked, which is easily done by blood test.

“Unusually for a trace element blood tests are a fairly clear cut indication of whether there’s a problem and usually only three or four samples [from a flock] are required.”

Spring in step of sheep researchers