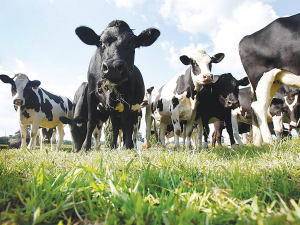 Nitrate poisoning usually occurs in late autumn or winter when nitrate levels in the feed are high, particularly during a flush of growth after a dry period.

Cattle are most susceptible to nitrate poisoning, and the onset of symptoms is rapid. Feed testing by a laboratory prior to grazing will accurately identify nitrate levels and help manage the risk of nitrate poisoning.

It all depends on what is absorbed versus what is used by plants.

When plants are growing well they quickly take up nitrate from the soil. Under good conditions (plenty of sunshine) the nitrate taken up by the plant converts to nitrite and then finally into plant protein. If plant nitrate uptake from the soil is greater than conversion to plant protein, then nitrate can accumulate to abnormal levels. When this feed is consumed it causes nitrate poisoning.

Common symptoms of nitrate poisoning include animals appearing staggering and weak, gasping for breath, collapse and coma leading to death. In severe cases, if an animal ingests a toxic amount of nitrate in an hour, it can start to show signs of poisoning shortly afterwards. By the time an animal starts showing symptoms of poisoning it can be too late to reverse the situation.

Supplement extra feed like hay or silage, feed only low levels initially as rumen can adapt to higher nitrate levels, and avoid fertiliser applications or keep them low.

An accurate indication of nitrate levels in the feed can be obtained by getting samples tested by a laboratory.  Planning testing ahead of grazing is required to ensure that you receive your results prior to the stock starting to eat the pasture or crop.

Laboratory testing results showing nitrate levels under 5.0 g/kg DM is considered safe to feed under all conditions and do not feed >17.5 g/Kg DM. A feed with nitrate levels between 5 – 17.5 g/Kg DM can be fed under certain restrictions.