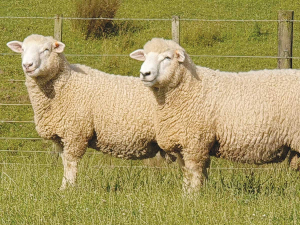 The stud has bred worm resistant rams for 33 years.

A feature of the sale, held on December 4 last year, was that 66% of the rams had never been drenched in an area of the highest worm challenge, says stud principal Gordon Levet.

Thirteen ram breeders from Southland to Northland attended the sale and purchased stud sires to breed the worm resistant trait into their flocks.

Levet says it was very pleasing to be recognised by other ram breeders, after spending 33 years breeding for the worm resistant trait.  He says this involved taking about 20,000 dung samples from lambs and having laboratory staff count worm eggs and analyse the results.

Levet estimates that in two years, all Kikitangeo rams sold will reach the “never been drenched” standard, farmed in an area of high worm challenges.

He says in the long term, farmers will have to concede that genetics, ie sheep breeding, is the best means of producing sheep able to withstand worm challenge. This may be the only way to counter worms and the problems of drench resistance.

The only disappointing aspect of the sale was several rams passed in due to insufficient commercial buyers, he says.  All of these rams were structurally sound, had a high degree of FE tolerance and the highest degree of worm resistance in the country.

Auctioneer Cam Heggie of PGG Wrightson says it was a good sale. The stud’s facial eczema testing was a factor, but the biggest factor was Levet’s worm resistance breeding programme.

He says Levet is “the absolute guru” and his flock leads in worm resistance.

“There would have been as good a turnout at that sale of registered stud buyers as we have seen this year. We sold rams into Southland, we have a few rams heading to the South Island. We had buyers that came from over the entire country. That is the regard in which Gordon is held for the programme he has.”

The interest in breeding for worm resistance is definitely on the increase, says Heggie.

“With drench resistance becoming an issue this is one way to combat it. It is only going to become more significant to ram breeders that they breed rams along those lines.”